There were some great highlights today.

First was the reappearance of Bill Connelly's 1957 Corvette sporting an new GM Crate Engine -- the Ram Jet 350 Fuelie!!  Bill has owned the car for about 10 years and every time I see it something new and better has been done to it.  Bill's mechanic was able to install the engine perfectly giving Bill the classic look of first-generation Corvette but the reliability and (awesome) power of a 350+ HP engine with modern fuel-injection.  Every detail was perfect -- the engine mounting, the A/C adapter, flawless plumbing, and clean electrical work.  I've installed one of these engines in a C-1 and I can tell you first-hand that it isn't a simple job, and that Bill's installation is 1st rate! 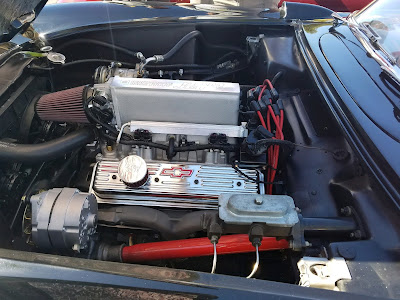 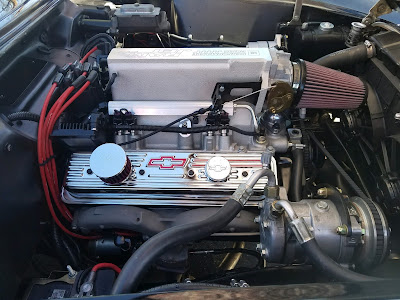 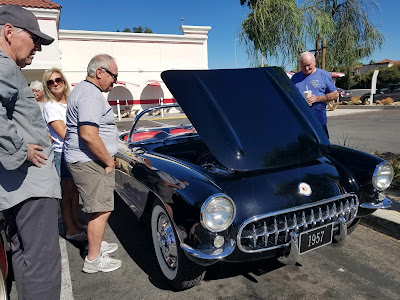 Mike and Barbara Reeves brought their super-charged 2007 Ford Mustang GT 500.  Mike is the original owner and the car is both a beautiful example of the re-introduction of the Mustang super-car, but also shows the pride of being owned and DRIVEN regularly (like all of Mike's cars). 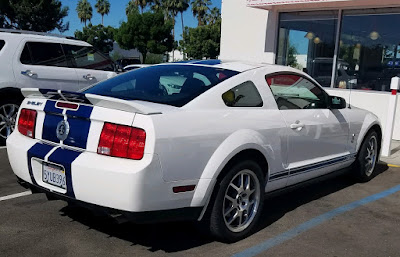 We welcomed two newcomers today -- Gary Pandolfi (owner of a 1966 Mustang, but he was unable to bring it this time), and Ty Brown, who brought his 1981 Corvette.  Ty is the second owner, and he has cared for this completely original beauty since 2004.  It sports the 350 cu in engine with a three-speed automatic and four-barrel carburetor. 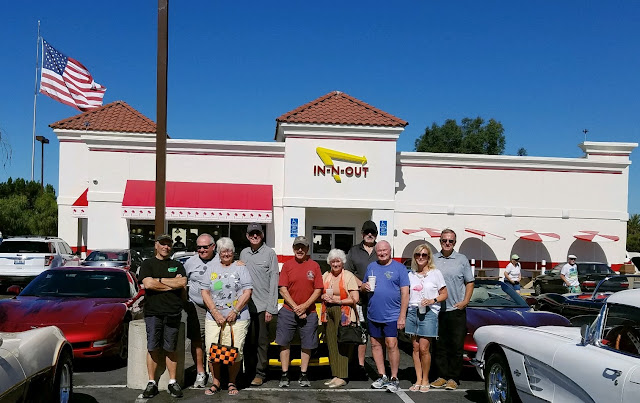 Thanks,everyone.  I hope to see everyone in the November at the Vettes for Veterans Car Show at the Shops at Carlsbad!