Friday was National Wine Day.  We decided to celebrate such a special day with the North County Corvette Club!

We met Sam Rindskopf and his wife, Donna, and Dave Regenhardt, and his wife,  Kathleen, at a fundraiser for Guide Dogs for the Blind a few months ago.  At the event we learned that both couples are Corvette fans and have leadership roles in the  North County Corvette Club!


Sam invited Nan and I to attend a "Ramona Wine Run" on Saturday.

We started the day by meeting some of the club members at the North County Fair shopping mall.

Then our Corvette caravan  was led by Dave to Mark and Ruth Harwell's house for a fabulous Saturday morning breakfast.  More NCOCC members joined us.

I counted 16 Corvettes -- maybe there were more!  Everyone was so nice and the wineries were very happy to have the big crowd come for a visit. 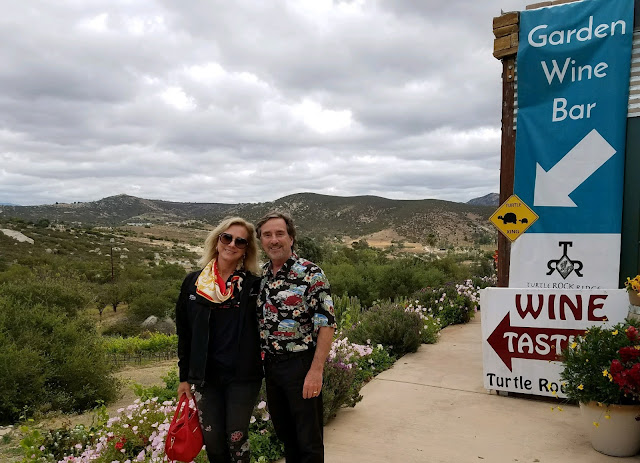 We finished the day by driving to the home of Bob and Carol Haller for dessert.

Thank you North County Corvette Club for a great day!
Posted by Cary at 3:56 PM 3 comments:

If you turn to chapter 32 in “Beltsville Shell: You Are What You Drive” you will find entries remembering many of my Beltsville buddies including Dana Moore, High Point High School Class of 1965 and his older brother, Stanley. One of the very best things about writing the book was that it helped me get reconnected with many of these dear friends. Such was the case with Dana.

It is hard to think about Dana without also remembering his neighbor and best friend Jim Mayo. My most amazing memory of these two was visiting with them one summer afternoon. I rode my bike over to their neighborhood in old Beltsville. They asked me to join them in the back yard. What a surprise to learn that they had somehow scored ownership of a 1952 Plymouth with three-on-the –tree. Their understanding parents willingly allowed them to drive the car all over the back yard, on the grass, dodging trees, and laughing hysterically. Everyone took turns driving the car. I was astonished that these guys had learned to drive a car while I was still riding around in a Go Kart.

Dana’s older brother, Stanley, was an idol to many of us. Stan purchased a 1964 red Corvette Roadster with the 365 HP high performance engine, and racing transmission. The oldest brother, Bill, owned a maroon 1965 Corvette, also with the 365 HP engine. The Moore brothers were very smart. Stan realized at an early age that Corvettes would become classics and collectible cars, and he purchased and restored one of the very first Corvettes – the first year model – 1953 – serial number E53F001089 –meaning that it was the 89th Corvette to be produced out of a first year production run of 300.

I remember back in the 11th grade I was going through a particularly difficult and depressing period in my young life. Dana showed a deep friendship to me and spent a lot of time helping me work through my problems. I’ve never forgotten his caring friendship to me. Only recently have I learned that his caring way was the hallmark of his entire life.

Dana loved golf from an early age, quickly mastering a sport that challenges and frustrates even the best athletes. He was on the High Point High School Golf Team in his Junior and Senior years. Over the years Dana graduated from HPHS, joined the US Air Force, served in Viet Nam, received his Bachelor’s degree from the University of Georgia and his Master’s degree from Gardner-Webb University, and relocated to South Carolina.

Dana was a golfer all his life. He was a two-time Senior County Golf Champion and had 12 career holes-in-one. Let me put this in perspective for you: Out of all the Professional Golfers who have ever been on the PGA circuit, only two have scored 10 holes-in-one!

Professionally Dana was an instructor at the South Carolina School for the Deaf & Blind in the multi-handicapped area. He taught Physical Education in elementary schools in Spartanburg School District 7, was coach of the Golf Team at Spartanburg High School, and also served as an adjunct professor at Converse College. His dedication to others, and kindness to everyone was no surprise to me. 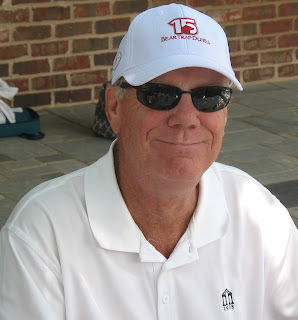 A few years ago I found and purchased the most beautifully-restored Fox Go Kart in the entire Universe. Best of all, it was identical to the Kart I owned in my teen years. The seller was a savvy collector, Tracy Schooler, another golfer who lived in South Carolina. After Tracy and I worked out the details of the purchase, I needed some way to store the Kart until could arrange for shipping. I called Dana on the phone to describe my problem. Dana was ready to step in and help any way that he could. What a guy! 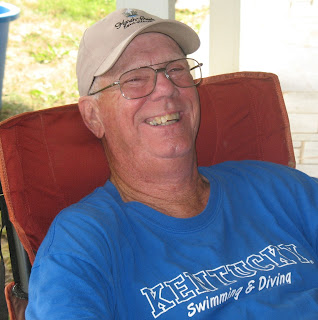 Dana was an active member of our BSYAWYD email list and many times when I would make a blog post I would get a message of encouragement or news from him, and sometimes from Stan too. I really enjoyed our friendship. Recently Stan let me know that Dana was quite ill, and he asked me to keep the Beltsville faithful informed.

We heard of Dana’s passing last Friday in a message from Stan. While Dana was battling cancer, Stan kept our High Point High School and Beltsville friends informed of his progress. We were hopeful that treatment at the Duke Medical School would do the trick, but sadly it didn’t.

Below are some quotes from Dana’s family and friends:

Stan Moore: Dana passed away this morning, 5-18-2018 in Spartanburg, South Carolina. Thanks to the Beltsville crowd for all their prayers and support. He was greatly loved.

It's a shame that, even I, never knew how much he was loved. I thought of the old movie "It's a Wonderful Life" ; To my brother Dana, the richest man in town." When you think of a life well lived, think of Dana”.

John Bradley: “Sorry to hear that. He was a good friend.”

Malcolm Van Kirk: I know Dana was a fighter and gave it his best to try to recover from this serious surgery. He was one of my two best friends in high school, and now both are gone. It is truly a sad day, and lets us know that life is precious and we should do everything we can to help each other, be with each other, see each other as often as possible. Our days may be short. Let's keep our tradition of the Beltsville Shell alive as long as we can in remembrance of those who are no longer with us. I will miss Dana!

Lynn Garland: So sad to hear about the passing of Dana.... He always had a special way to brighten up everyone's days as we were going through school. I will keep Dana's family and Stan in my prayers. At least Dana is not in pain or not being at the top of his game, nor was it a long struggle for him before he left this world and is with God. Thanks for again being the point person for all news for the Beltsville gang.

Sandi Watt: Cary, it was so sad to hear of Dana’s passing. A card was sent to him from all of us on the HPHS reunion committee. We told him we missed him at the reunions. He was a good friend in school. I always wondered where he was. Thanks so much for keeping me informed.

Jim Mayo: Dana and I were neighbors and best friends as kids. I found the obituary after I got the message yesterday. Very sad. I haven't seen either Dana or Stan for many years. Despite exchanging Christmas cards and recently following Dana on Facebook, I wasn't aware that he was sick. 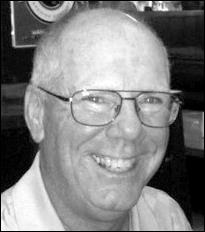 Rest in peace, Dana. Stan is correct – you were greatly loved.

Epilogue: Malcolm called me on Tuesday in California to give me a report on Dana’s service.

Dana's service was attended by over 300 people including the U.S. Congressman from his District. People spoke of his love of family, friends, teaching, and goIf. All true

Malcolm drove the six hours and forty-five minutes from Maryland to South Carolina to attend Dana’s Service. He met with Dana’s family, Stan, and the oldest brother, Bill. Malcolm was representing HPHS Class of 1965 and Beltsville Shell. At the conclusion of the Service, Malcolm made the return trip to Maryland arriving home after 1 AM. That, dear friends, is a testimonial to love and friendship. Malcolm, you are the best!