With a light rain falling, the Corvette Garage filled with anticipation, American flags waving from the stands, and Corvette fans around the world tweeting with joy, the #64 Corvette C7R crossed the finish line in Le Mans, France five laps (42 miles!) ahead of the nearest competitor.  Oliver Gavin, Tommy Milner, and Jordan Taylor drove a perfect race to win the most famous endurance race in all of automotive competition. 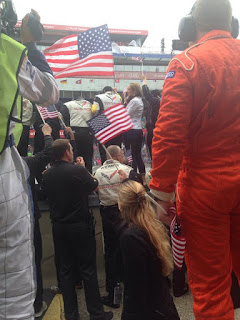 It was a joyous end to a week that was, at times, tense and scary.  Jan Magnussen suffered a mechanical failure in  testing which led to an accident.  Thankfully he was not seriously injured.  The #63 car could not be immediately repaired and it was withdrawn from the race.  It was the first time in history of Corvette at Le Mans that a car had been withdrawn.  A single American car was left to compete against teams of cars from Ferrari, Porsche, and Aston Martin.  The Corvette covered 2,854 miles during the race -- the equivalent of a drive across America in 24 hours. 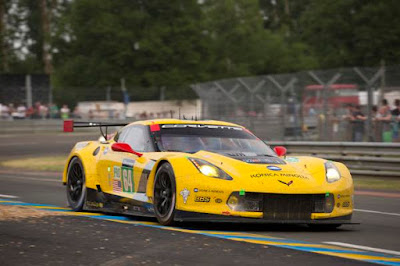 2015 is the 16th consecutive season that Corvette Racing has competed on the world stage.  Corvette has won the race eight times in this era,more than any competitor.  Last year the C7R Corvettes finished 2nd and 4th. 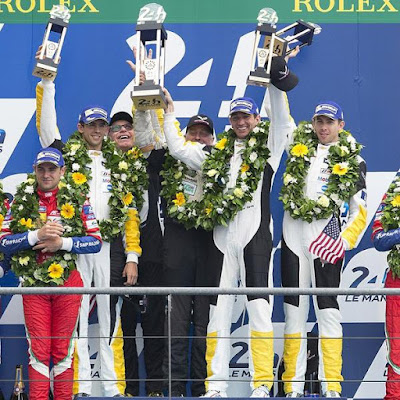 BMW and Viper did not compete in the GTE Pro class at LeMans this year.
Posted by Cary at 6:42 AM No comments:


The High Point High School Class of 1965 had many cute girls.  We had a few “car girls” (girls who appreciated cars as much as boys did).  And we had one especially memorable Cute-Car-Girl – Sandi Johnson Watt.

At High Point Sandi drove a Mercury Comet convertible with bucket seats, a very nice car.  She cruised to the Mighty Mo with the top down occasionally rat-racing with the boys.  Tanguay (of Beltsville Shell fame) was secretly in love with Sandi, but she knew to keep her distance from boys who hung out at Beltsville Shell!

Fast forward to 1969.  Sandi had graduated from High Point but was still deeply in love with cars.  She had just purchased a dark green, limited edition Dan Gurney Mercury Cougar.  One of her close friends was Don Paterson.  Sandi hung out with Don and many of his friends.  One of Sandi’s girlfriends owned a red 1964 Corvette, and Sandi vowed that if she ever got a chance to own a Corvette, she would.  Don owned a 1963 Corvette convertible.  When the State of Maryland passed the mandatory insurance laws Don was unable to afford the State insurance.  He offered the car to Sandi for $2,500.  Even though she loved her Cougar, Sandi decided that she had to have the Corvette.  Even her mother approved of the car!

After acquiring the car and driving it for a few years, Sandi decided to have it restored to original condition.  She chose one of the finest Corvette Shops in Maryland (or anywhere, for that matter), Tony’s Corvette Shop.  Tony’s guys restored the car to pristine condition.  Here are some photos of the car taken during the weekend of the HPHS 50th Reunion, May 2015. 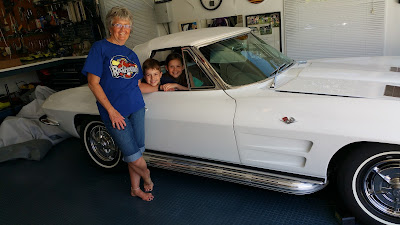 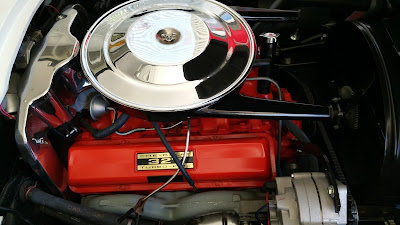 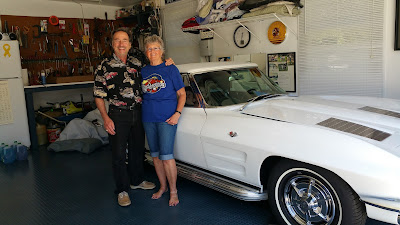