What better, more American, way can you celebrate Independence Day than with a Corvette Party? 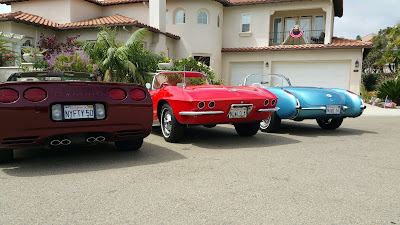 Then we set out the food and the anniversary cake 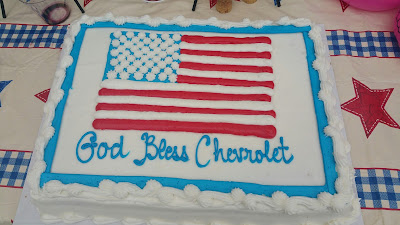 Then we lined up all the Corvettes 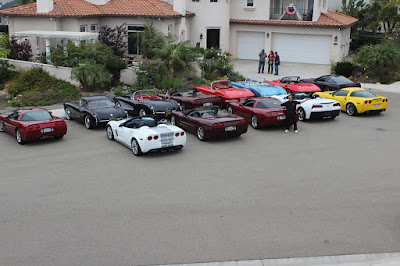 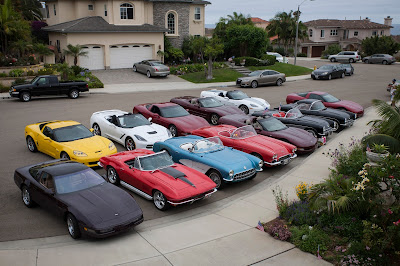 Then someone noticed that there were two guys named Bill, each of whom owned a black 1957 Corvette (Bill Connelly and Bill Hatch [who is the original owner of his 57 Corvette]) 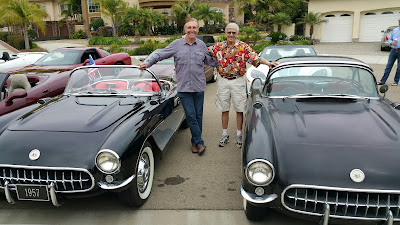 While we were eating, Kevin Anderson cranked up his drone for some aerial shots 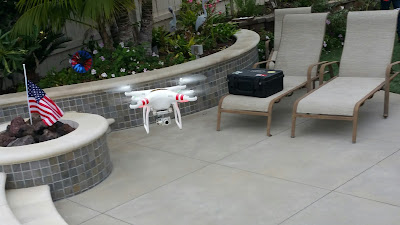 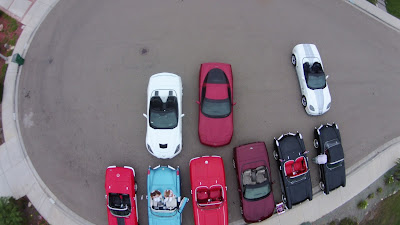 But Herod's new 2015 Stingray blocked their escape, and then we talked them into joining the party and everything ended happily ever-after!

Final count:  We had at least one copy of each of the seven generations of Corvette, with the exception of a C3 car (and next time Mark Yamanaka will bring his 1968 coupe and we will have a "full house")!

Posted by Cary Thomas at 8:19 PM No comments: