I've owned six Corvettes over a period of 50+ years.  Of all the people that have shared a Corvette ride with me over all those years, who do you suppose is the person who has been a passenger in my Corvettes for more hours than any other?


Born and raised in Union South Carolina, Helen Ruth Brakefield moved to the Washington DC area right after high school graduation during World War II.  She worked in an aircraft factory (Rosie the Riveter style) making machine gun turrets for bombers.  One of her factory friends, Marguerite Thomas talked about her brother who was a Marine serving in the Pacific. 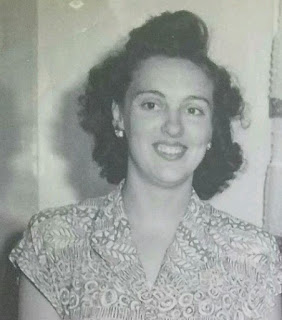 After the war Marguerite made the introduction and before long Helen married Clinton "Tommy" Thomas and settled into the Suburban Washington area.  They would remain husband and wife their entire lives. 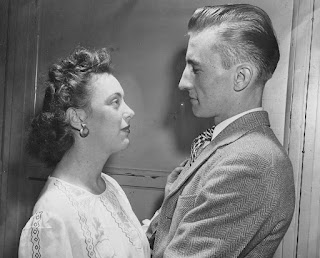 Four kids later, we were living on Yucca Street in Beltsville, home of the best Shell Station ever. 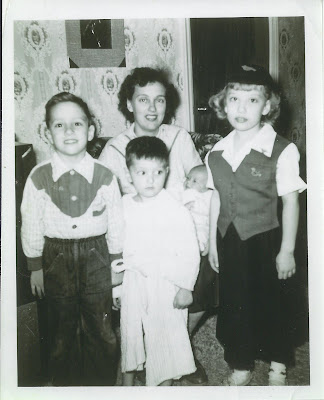 By the time all the kids were in school, Mom got a job in the new industry of computers as a keypunch operator at The American Research Bureau, where she worked with Johnny Bradley's Mom and (my future friend) Sharon Cox.

It was through Mom's friendship with Sharon that I got introduced to Corvettes when Sharon,who owned a blue Corvair, came to our house with her boyfriend, Jim McEvoy, in his Honduras Maroon 1962 Fuelie Corvette.  My first Corvette ride left a lasting impression. 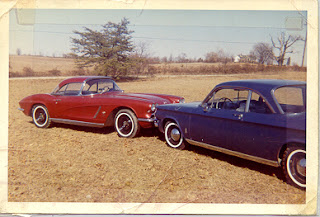 Before long Mom got a big promotion by taking a job at the University of Maryland in the Key Punch Department.  She worked hard and was promoted to the Accounts Payable Department, and eventually was promoted to manager.  A few years later I enrolled as a freshman at Maryland and bought my first Corvette, a 1959 beauty. 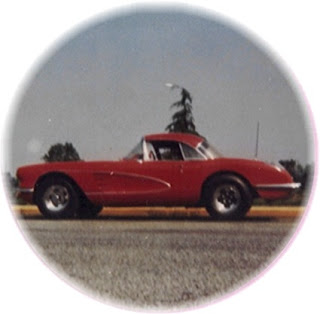 Mom and I worked out a deal.  I would drive us to Campus and she would let me park in her primo Faculty/Staff parking space in the parking lot next to Turner Hall.  Everyone in College Park knows Turner Hall as the place on Route 1 where you went for yummy ice cream produced by the University of Maryland Dairy.  Parking the Corvette there was way safer than in the student commuter lots, and the walk to Mom's office in the Main Administration Building and to my classes was much closer than the massive, sprawling parking lots. 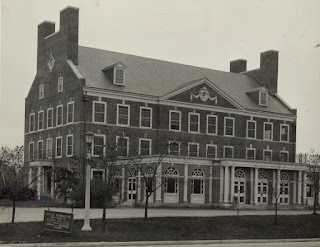 Sometimes we would get an ice cream cone before starting our ride back to Beltsville.


We commuted back and forth every day for about four years.  Mom's computer experience rubbed off on me and launched my career.  Mom never complained about the Corvette, its loud exhausts, the stiff ride, or the lack of air conditioning in the Summer.  I can't count up all the hours that we spent together in the little Corvette, but it was a bunch.


After graduation I moved out of the house and our commuting routine was over.  Six years later I moved to California.  By then Mom had gotten her driver's license and bought her own car so she didn't need Corvette commuting services anymore. 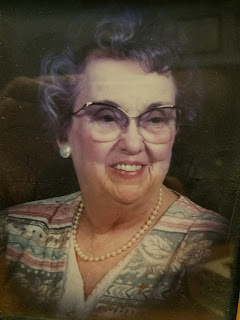 Mom has been in declining health for the past few years, so I made it a priority to go see her whenever I was in the DC area.  Nan, my sister Barbara, and my brother Pat would join us. 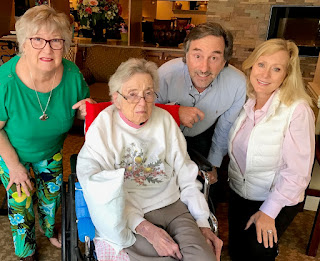 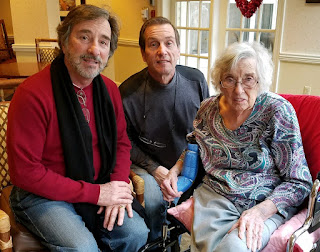 One of our favorite things to do was to get an ice cream cone. 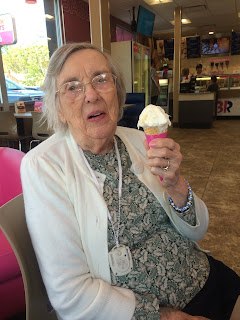 Mom passed away tonight.  I'm sure they have ice cream cones in Heaven.

Love you Mom!  Thanks for sharing all those rides in the Corvette with me!

We have some pretty cool cars in the Seaview Way cul-de-sac.  My neighbor, Tony, purchased a 1961 VW in 1993 while still in the Navy and had it restored that same year. 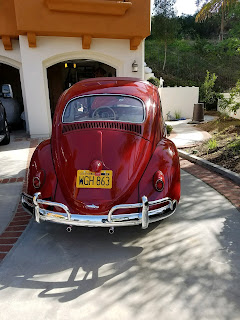 In the 25 intervening years he has only put 20 miles on the car.  Tony has decided to start enjoying the car and asked me if I would help him install a restored gas tank.  Tony knows all about Beltsville Shell and our training in working on old cars.

Here is the restored gas tank installed and ready for a drive. 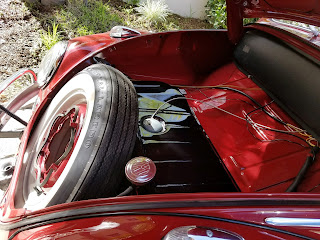 A few adjustments to the carburetor were needed. 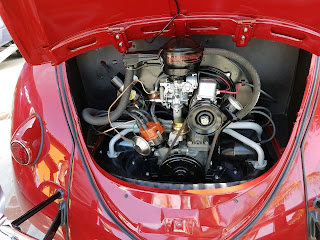 Next we were off to the gas station for a fill up!  After getting a fresh load of fuel we are ready for some Crusin'! 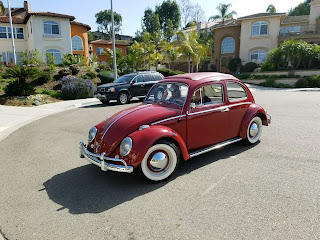 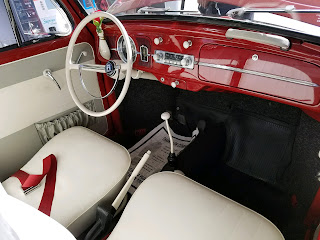 At the end of the day, Tony presented me with a new wall decoration for my garage.  Just like his VW, it is perfect! 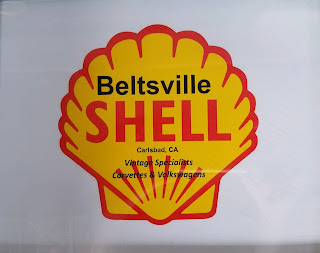 Thanks, Tony! Let's put some miles on the old Corvettes and your VW!