By now word has leaked out that I sold the White 1967 427 Coupe.  Hopefully the next time we see it will be in its fully-restored splendor!

But wait -- what's that in my garage?  Another white Stingray Coupe!? 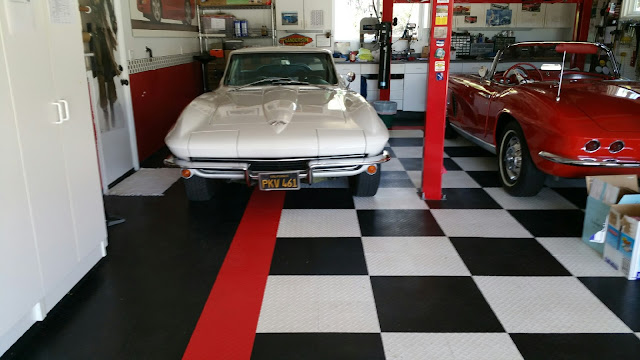 It is the 1965 Corvette Coupe belonging to Ric Fogel of Cincinnati Ohio!  It has the 327 365 HP high performance engine.

I was introduced to Ric in 2014 by my neighbor Carl Streicher the day after Ric purchased the Stingray in San Diego.  Now a year later Ric needed a place to store the car for a while.  We are happy to have a visitor in Cary's Garage!
Posted by Cary at 8:28 PM No comments: