For the second year in a row the American Le Mans Race in Baltimore turned into a demolition derby on the first lap with massive crashes before the race could even get underway.

Video of Start of Race

Both Corvettes escaped the ruckus and survived to finish 1st and 2nd. Jan Magnussen made a bold move after the final restart and jumped ahead of two cars to take first place.  Corvette Racing improved on their #2 and #3 finishes in the last race at Road America to finish P1 and P2 and lead this season's series in all categories!

The Vipers, despite two great races at Mosport and Road America, did not perform as well as either the BMWs or the Corvettes this time out.  No other cars in the GT class finished the race -- all the Ferrari and Porsche entries did not finish.  With seven races down and three to go, Team Corvette is leading in the Driver, Class (GT), and Manufacturer categories.  Corvette has 4 1st place finishes, BMW has 2 and Viper has 1.  I'm hoping for a "triple crown" like again this year like last year!

At the request of various of my Corvette Racing Fans, I have simplified the traditional graph to show only the points of the manufacturers (rather than all the cars).  See below:


And here are quotes form the sports writers of ALMS and NBC Sports:

ALMS:  Jan Magnussen made a third-to-first move to take the GT lead shortly after the final restart, and held off teammate Tommy Milner by .457 seconds in a 1-2 finish for Corvette Racing. Magnussen and Antonio Garcia won their second race of the season in the No. 3 CompuwareC6 ZR1, over the No. 4 entry of Milner and Oliver Gavin. Dirk Mueller was leading on the restart following the third caution in the No. 55 Team RLL Crowne Plaza BMW Z4 GTE, with Magnussen passing both Milner and Mueller to take the lead.

NBC Sports:  GT runners finished fifth through ninth overall, with the two Corvettes leading the two BMW Team RLL Z4s and the No. 91 SRT Viper. It was a great battle between the Corvettes and the BMWs all day and the winners, Jan Magnussen and Antonio Garcia, took their second win of the year. Oliver Gavin and Tommy Milner’s No. 4 Corvette was second with the No. 56 of Dirk Mueller and Joey Hand third. Corvette actually led overall for just more than a lap but lost the lead as the P1 leaders cycled through.
Posted by Cary at 7:27 PM 1 comment:

You Can Never Have Too Many (Corvette) Friends!

The day started with Dan Schrokosch coming by to help with the engine on the 67 Stingray.

Soon Bill Connelly and his wife Susan stopped by to show me their now complete 1957 Corvette.  After four years of restoration the car is stunning! 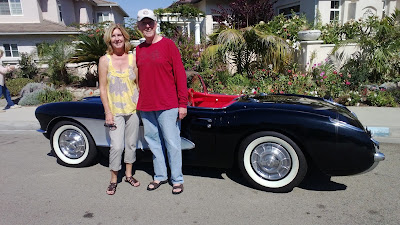 Before long Bill Hatch came by to have me look at an issue with his exhaust bezels.  Imaging having two guys named "Bill" each of whom drives a black1957 Corvette with red interior in front of your garage!  What are the chances of that? 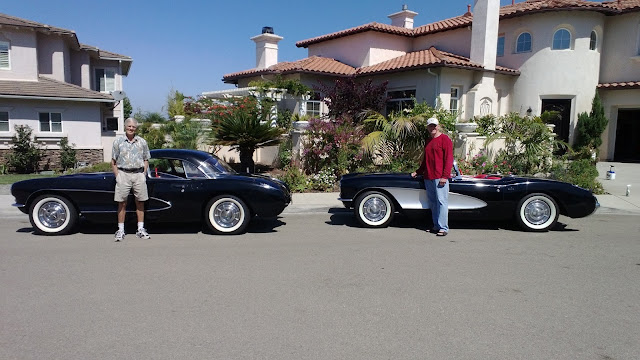 After the black Corvettes departed Bob Rabourne stopped by with his red Stingray Coupe! 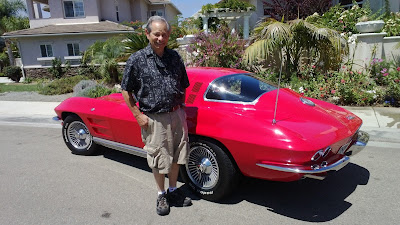 Then Bill Pierce (who sold me the 1967 Stingray) stopped by with his son Stuart to check on my progress.

The new action/thriller TV show, "Agents of Shield" released a promo video this week.  Watch all the way to the end to see "Lola".

For the abbreviated video (the best part) click here!

These guys have class!

Note:  One reporter indicated that the Corvette was a 1958, and another a 1961, but, as everyone knows, this car is the distinctive 1962 with no side chrome on the cove and the one-year-only lower body stainless accent!

As you can see, "Don't touch Lola"is going viral! 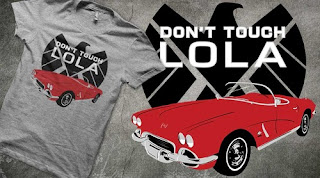 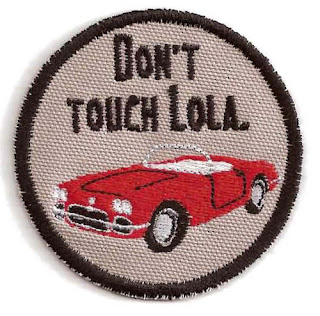 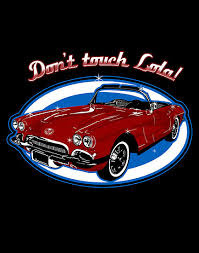 The two Corvettes qualified second and fourth on Saturday for the sixth of ten races in the 2013 season, and were in position to finish first and second on Sunday with 8 minutes remaining in the race.  Trailing the #91 SRT Viper GTS-R, both Corvettes were waiting for the Viper to pit to get enough fuel to finish the race.  Then with about 8 minutes to go a GT-class Porsche crashed in turn 1, the full-course Yellow caution light came on, and the Viper was able to conserve fuel for the final two laps to finish unchallenged. Here is the story from the Corvette Racing website:

It was a great victory for the SRT Motorsports (Viper) team -- their maiden victory in GT class.  They have finished first in qualifying in recent races and have replaced BMW as the primary competition for Corvette in the second half of the season.  The normally top-placing BMWs finished 7th and 8th behind both Corvettes, both Vipers, and two Porsches. The Ferraris finished last and next-to-last (ha!).

With four races left to go in the season, Corvette leads in the point total for team, manufacturer, and driving championships.  Next up: Baltimore on Labor Day Weekend.