We are starting our retirement right by making sure that we actually drive our Corvettes frequently!  One of the ways we will accomplish that goal, and to visit with good friends, it to make it a point to meet once per month at a predesignated burger joint.


The inaugural edition of this hoped for tradition occurred today at the Carlsbad In-N-Out restaurant! 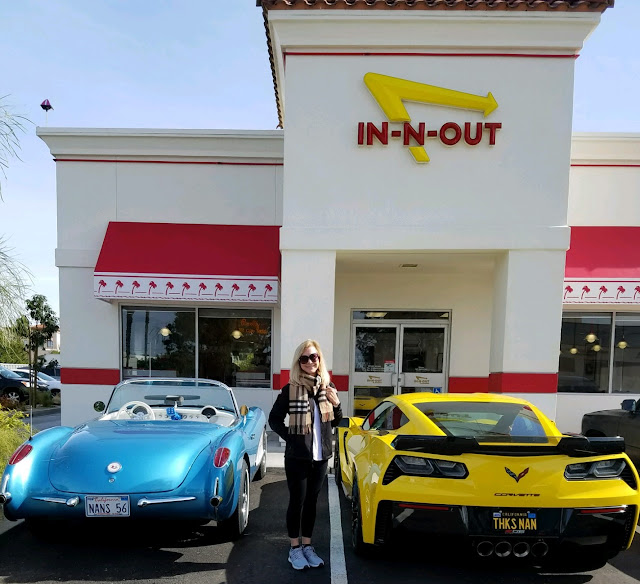 We arrived shortly before 11:00 AM to beat the noon rush!  Before long we were joined by friends and neighbors.  We got all the prime parking spaces out front!

And on the side entrance.

We monopolized one area of the restaurant so everyone could easily visit.

Here was the mix of cars and friends (in historical order):

We were also joined by Archie Rempher and Warren Wilkinson.

Thanks to everyone who was able to make it today!

Where should we go next month?