Corvette Racing Heads to Canada for Round 5 of ALMS

Corvette Racing heads to Mosport Canada for round 5 of the American Le Mans Series this Sunday (that's right -- Sunday not Saturday).

After four races this season the Corvette Racing team is in first place, followed by BMW, Porsche, Ferrari, and two more Porsche teams.  In the driver standings the pairs of Corvette drivers are in first and second place.

Here goes my squiggle-line grid again!  The yellow lines are Corvettes, the black are BMW, the green are Porsche, the red are Ferrari, etc.  As you can see the yellow lines are consistently at the top of the grid, much better than last year!

My Nostalgia Eliminator 1 dragster-driving buddy, Dan Schrokosch, and his wife, Kim, just returned from the Nostalgia Reunion Races in Sacramento, California with runner-up honors.  Dan made it to the final round losing by a mere two-one-thousands of a second (.002 seconds)!  Dan's new engine setup has proved challenging this year because the additional power (about 975 horsepower) means a totally new setup to stay within the NE1 bracket limitations. 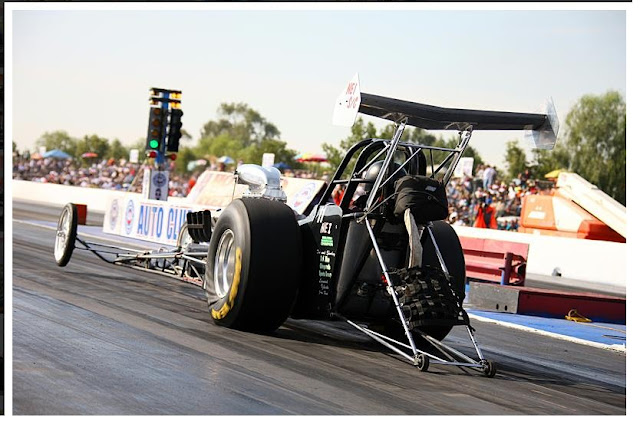 Dan's next race will be at Barona Raceway here in San Diego on August 11th, then he will be off to Bakersfield in October for the California Hot Rod Reunion.

Record high temperatures, and a last-minute change in venue did not deter us from convening our 11th Annual Beltsville Shell Reunion.

Once again Herman offered his air-conditioned garage for the reunion and a refuge from the 90+ degree Washington DC area heat!  Herman showed us all the amazing detailed machine work he is able to perform with the plasma cutter.  Watch for a future post of an example of his craftsmanship.  Dexter and Brenda drove their Harley from Delaware to join us.  Lynn Bladen-Garland gets the long-distance award for coming to Beltsville from New Hampshire. Due to a last-minute family emergency, Tom and Bonnie were unable to attend. 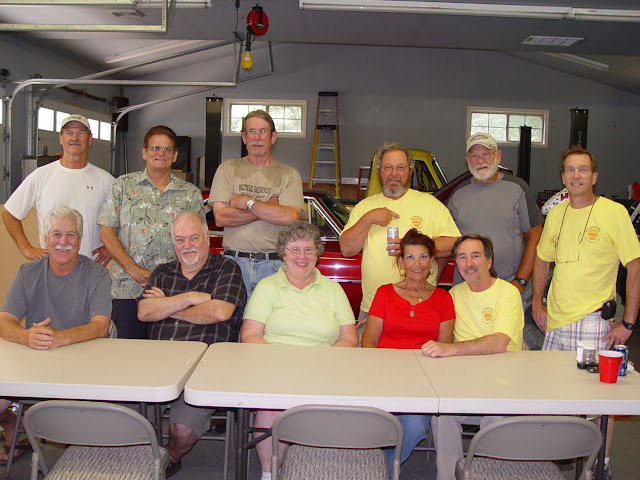 Attending but not shown:  Hannah Mortfeld; with us in spirit: Tom and Bonnie Hontz

We took the occasion to celebrate Nace's Birthday.  Tom & Bonnie had a special cake made with a photo of Nace's 1962 Chevy Impala. 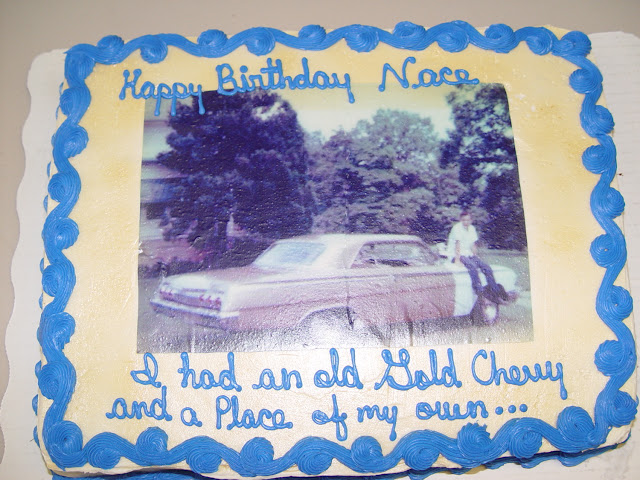 While we all had a really great time, this birthday was much calmer than Nace's 21st Birthday back on Yucca Street when a bunch of my beer-drinking friends trashed my parent's house and one of my buddies crashed his 1967 Stingray into a few of my neighbors cars (see page 75 "Beltsville Shell: You Are What You Drive").  I guess we have mellowed with age!

Special thanks to Herman, Hannah, Bonnie, Tom, Nace, Sam, Phil, and Lynn for the great food and beverages.
Posted by Cary at 3:34 PM No comments:

On Sunday, July 8th we will celebrate the for 11th time a reunion of folks who remember and savor the fun times at Beltsville Shell.


In 2002 as I came to closure in the writing of the book, "Beltsville Shell: You Are What You Drive", I wanted to have time with many of the characters of the book to be sure that I got the stories right.  The first Beltsville Shell Reunion consisted of only seven guys, all of whom were featured prominently in the book's stories.

The gathering of close friends from so long ago grew into annual reunions that have grown in size and enjoyment.  Like last year this year's the reunion is being hosted by Tom and Bonnie Hontz. I am looking forward to seeing these wonderful life-long friends and reliving the fun times we had in our youth. 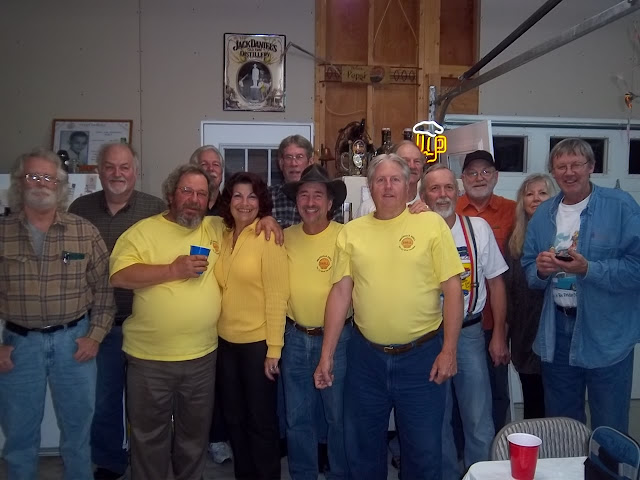 After a disappointing finish at Le Mans, the bright yellow Corvette C6.Rs return to the ALMS series on July 7th at Lime Rock, Connecticut.  America's racing team is in first place after the first three events.

To see how the yellow Corvettes are performing against all the other (non-USA) teams, refer to Cary's chart below:

Heading off to the NCRS Convention

Working until midnight on Friday night, June 29th, we finally finished the few items left on the 56 Corvette checklist and even had one hour to polish the 62.  We collapsed into bed after a pressure-filled month getting both cars ready for the National Corvette Restorers Society Annual Convention here in San Diego.  We awoke early on Saturday morning and staged the cars out front for a photo-op. 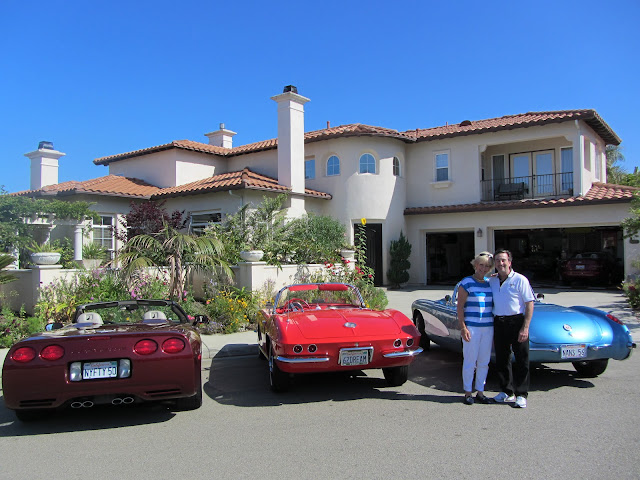 Bill and Marilyn Hatch stopped by to give us a send-off! 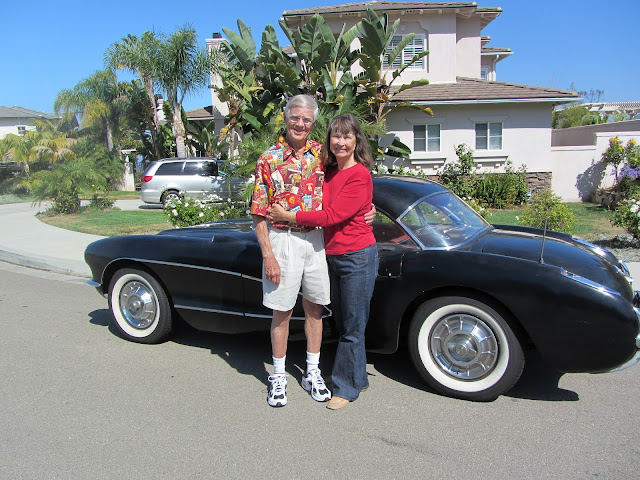 Canon joined Nan in the 56 and I followed them in the 62 as we drove down the 5 Freeway to the Convention site.  It was so great have both the old cars caravaning together.  When we arrived, it was readily apparent the this year NCRS celebrates the 1962 Corvette.  We proudly parked 62DREAM in the #3 spot! 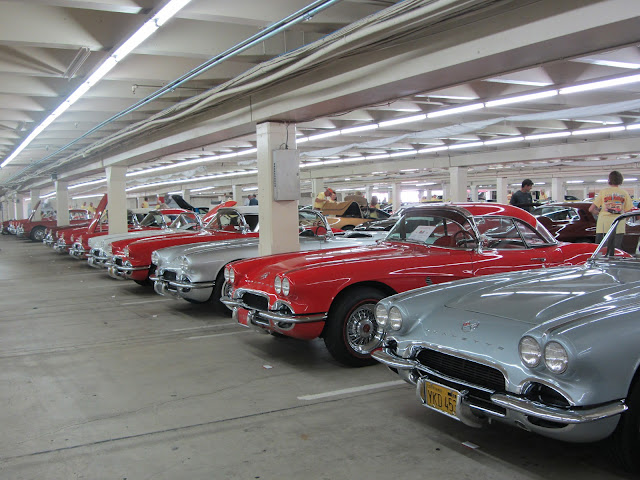