For our fifth Burger Run event (July 2019), we returned to the Carlsbad In-N-Out store. Bill and Mary Jane Goodwin, great friends of Beltsville Shell, had traveled from their home in Delaware across the USA in their Jayco RV, visiting the most famous Tourist sites and National Parks. Their arrival in Carlsbad motivated us to show them some Burger Run hospitality. 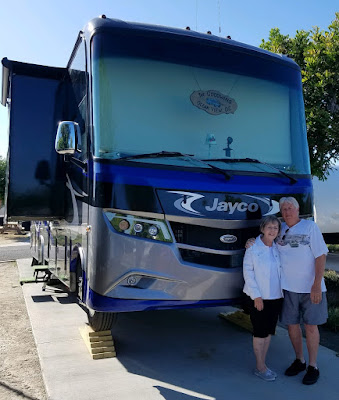 Bill and I became friends not long after Beltsville Shell was published and we have had some great times together. Perhaps the best event was when Bill snagged four free passes to drive the NASCAR track in Dover Delaware and took me, Nace DeLauter and Sonny Boteler for a full day of NASCAR driving fun. I wanted to reciprocate his kindness.

The first step would be for us to get all the Corvettes and Go Karts out of the garage. This was the first time that I had completely emptied the garage of the complete collection. A photo shoot was a must! 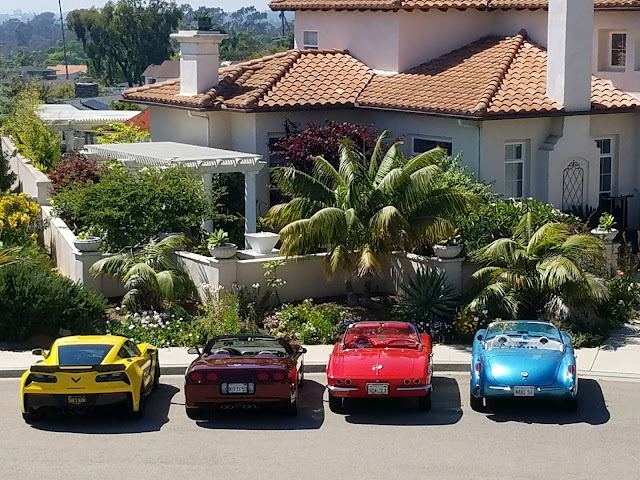 Then the Go Karts.

Then Bill needed to make sure the Go Karts were in "top operating condition"! 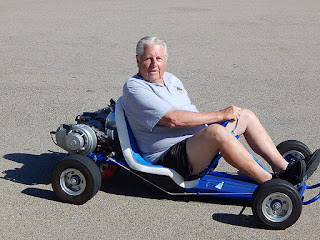 The next step was to see if we could do something a bit more special that just the lunch at In-N-Out. So I called my good friend, Bob Rabourne (owner of a 1964 Corvette Stingray Coupe), who is the Manager of the Craftsmanship Museum in Carlsbad. If you haven’t been to this museum, you have missed something that is really special.


Bob graciously offered to host Bill and Mary Jane, and any of the Burger Run crowd that wanted to come, to be his guest for a VIP tour of the museum.

With very little notice, we sent out an invitation to the Burger Run folks. The response was enthusiastic.

Nan drove the 56 with her Mom, Jan.  Bill and Mary Jane drove the 2003 50th Anniversary Corvette. 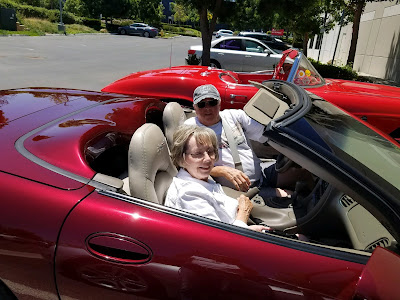 When we arrived at the In-N-Out most of the group was already there. Laurel, one of the In-N-Out employees remembered us from an earlier trip and was taking pictures of all the cars. John Elder drove his 61 Corvette, and Jeff Smith (who never misses these get-togethers) drove his 2002 Corvette.

Bill and Marylyn Hatch came in their 57 Corvette.  [Note 1: Bill bought his 1957 Corvette as a new car in 1957 and still owns it -- thus making him (in Cary's book) the person with the longest continuous ownership of a single Corvette in the Universe!] 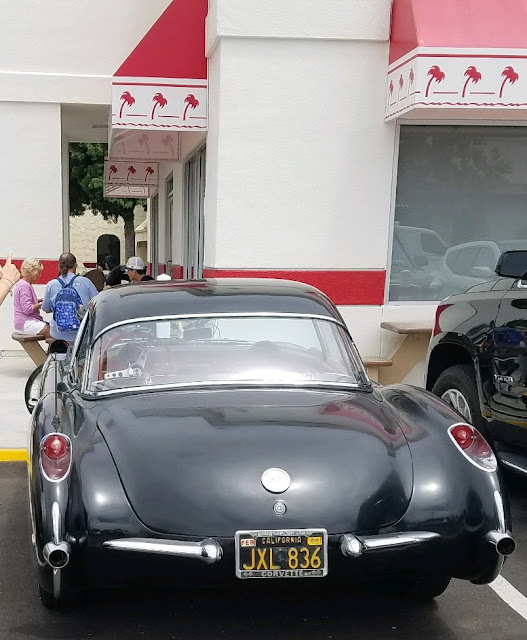 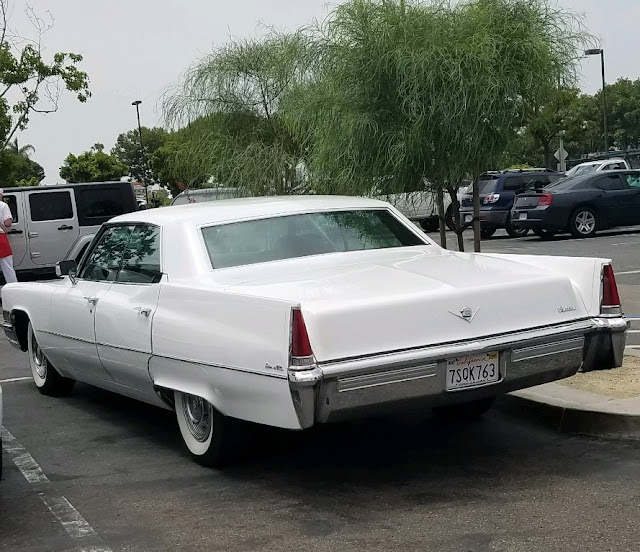 We enjoyed great seating, as usual. 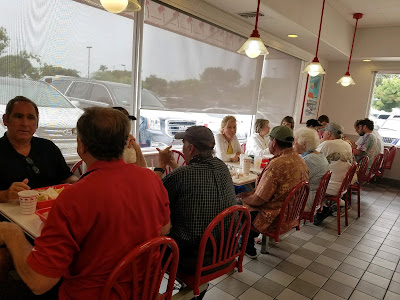 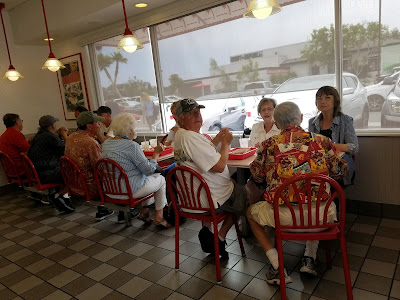 The next stop on the tour was the Craftsmanship Museum, only a few miles away. 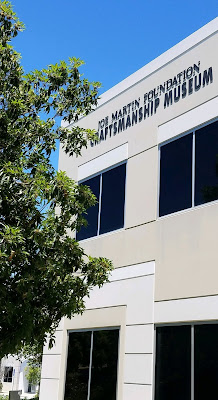 Bob greeted our group of eight and gave us an introduction to the history and collection of the museum. 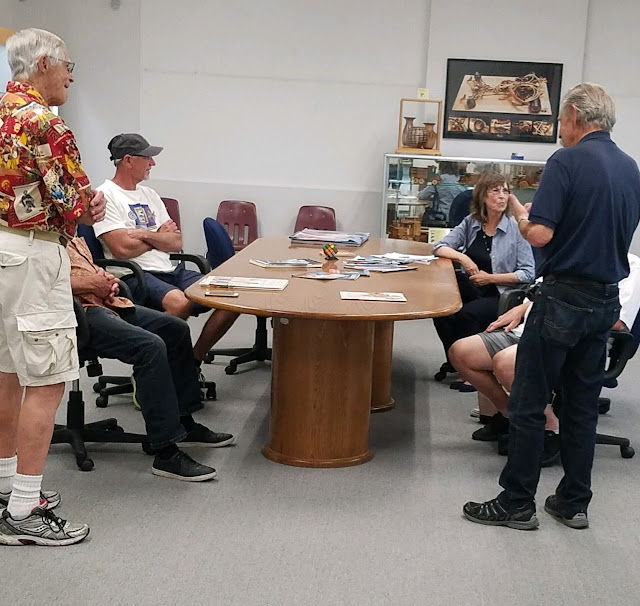 Then he guided us through the various sections of the museum pointing out the highlights of the collection, describing the most significant creations, and giving us inside stories that a regular visitor might never know. Everywhere we turned we saw working miniatures of cars, airplanes, boats, engines, houses, tools, farming equipment, guns, almost anything mechanical that you can imagine. 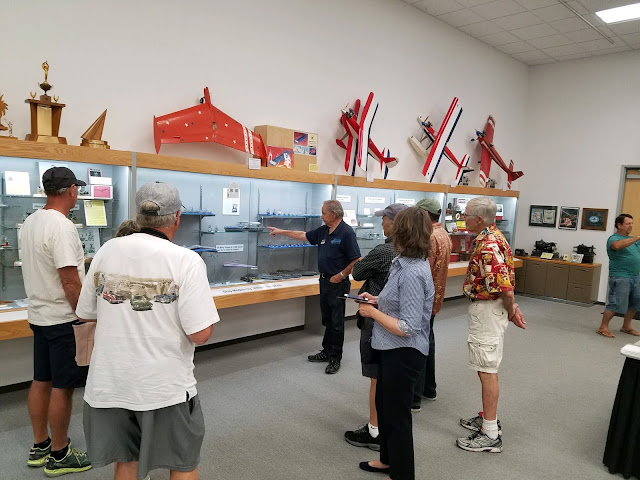 The highlight of the tour was our private audience of the Machine Shop Tour with Dave Belt, a model-maker in his own right, and former President of the Palomar Model A Club. Dave took us behind the scenes to see the tools of the trade, both the classic lathes and milling machines, as well as a modern 3D printer. Dave gives a fascinating presentation, so if you go to the Museum, be sure that you schedule your visit so as to take in Dave's interesting program.

I think Bill and Mary Jane had a good time in Carlsbad.  I hope they come back soon!

And a big shout-out to Bob Rabourne for setting up the VIP Tour!!


For the fourth installment of the Monthly Burger Run (June 2019) we traveled south on Interstate 5 to Encinitas to the In-N-Out Burger store there.


Our “June Gloom” (coastal cloudiness) continued leaving us with midday overcast skies. This store has a smaller parking lot than some of the other places we have visited, but we managed to get all our cars in a line and good seating inside the restaurant. 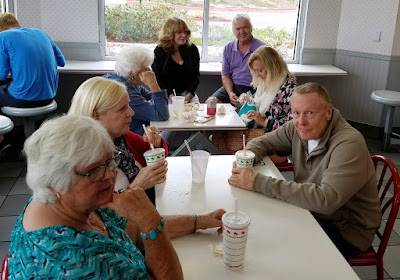 Two long-time friends were there – Mike Reeves and Jeff Smith. Over the years, I had heard their respective stories about the Dads, highlighting the way they inherited their love of cars from their fathers. Each of them talked of Pre-WWII Fords and other cars, and even woodies. Suddenly the thought occurred to me that perhaps their fathers knew each other. At lunch, when I introduced that idea, all three of us were pleasantly surprised to discover that they did! Jeff’s dad was Mike’s Dad’s insurance guy. A fun discussion followed in which Jeff and Mike traded stories of their fathers, their favorite cars, and what happened to them.


Jeff always comes in his beautiful 2002 Corvette; Mike brings a different car to each event – this time he brought a 1955 Chevy. 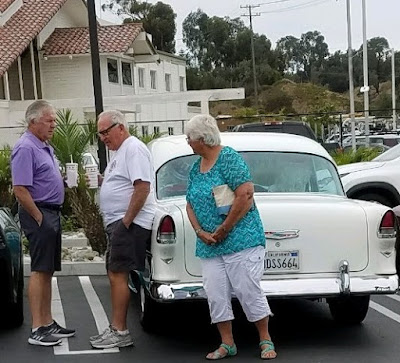 Nancy’s Mom, Jan, joined us for this outing and we treated her to a cheese burger – she was very happy!


Mike taught me something new on this trip – “Spread”. I had never realized that you could order extra In-N-Out sauce in a tube. I tried it on my fires – this addition will now be a standard part of future Burger Runs! 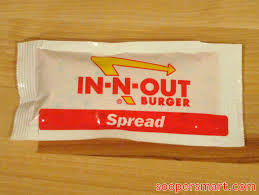 Pictured below are the cars and the group. It was nice to have Steve and Virginia White join us for the first time – we are trying to convince Steve to get a 49 Merc!

From left to right: Virginia and Steve White, Jeff Smith, Don Kingery, Mike and Barbara Reees, Cary, Jan Paul (Nany's Mom).  In attendance but not in the picture: Nan and Shirley Kingery!
Posted by Cary at 1:16 PM No comments: