Mike Reeves decided to exhibit his 1932 Ford Roadster at the 2015 edition of the Grand National Roadster Show on January 24th.  Mike invited me to come along as his guest.  We had a blast!


Mike picked me up at 5:30 AM for the 81 mile drive to Pomona.  With only a windshield between us and the dark, cold morning weather, we enjoyed the smell of the ocean for the coastal part of the trip and watched the Sun rise over the San Bernardo Mountains.  We arrived early and parked the Roadster in between two of the exhibit buildings. 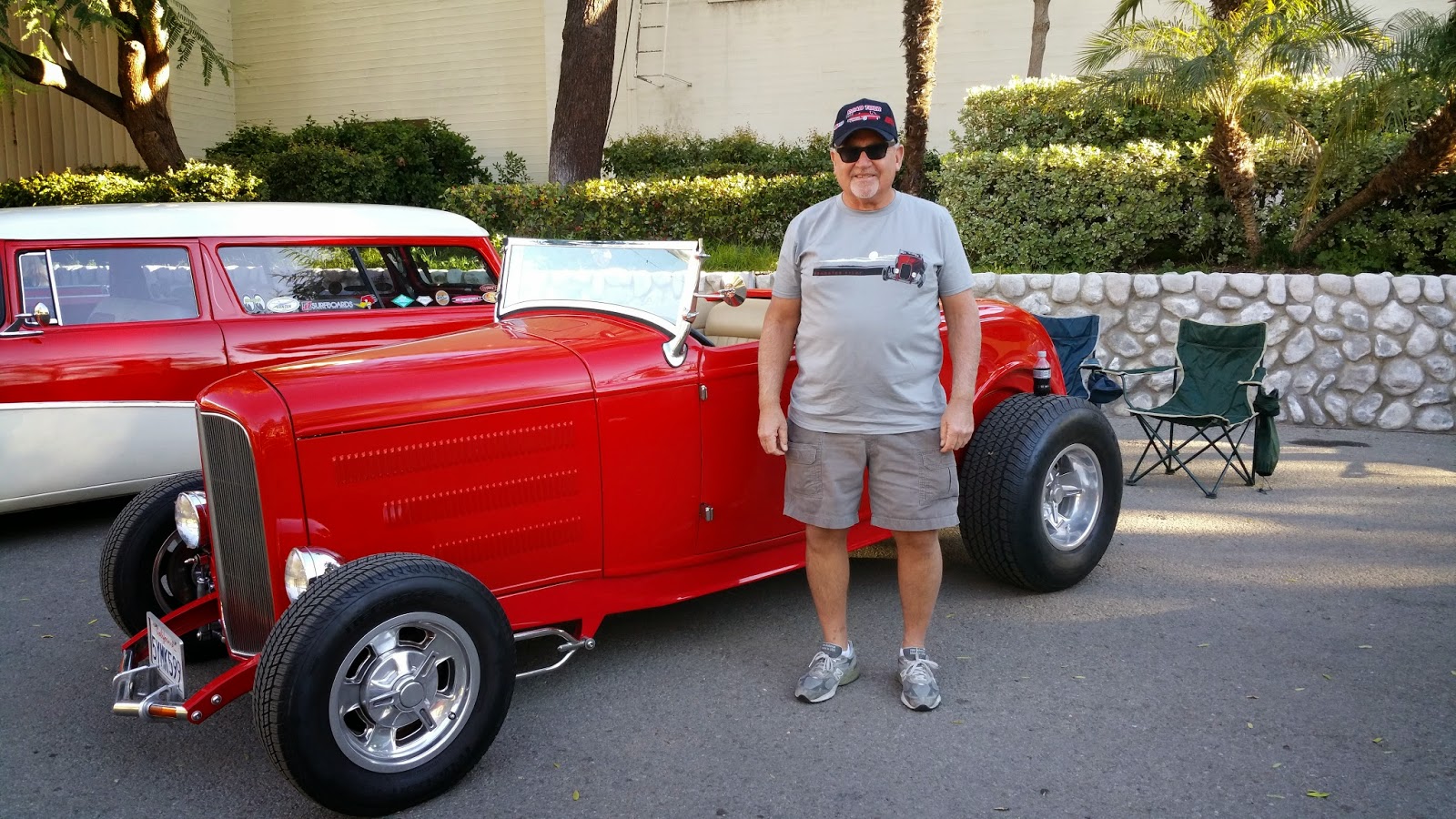 Our first stop was the main exhibit hall to see the cars that had been entered for the judging for "America's Most Beautiful Roadster".  Every car was an amazing, custom, gleaming work of automotive art.  Which car would win the nine foot tall trophy?  My favorite roadster of all time has been the 1933-34 Fords and there was one entered for the AMBR -- so I told Mike if I was a judge, this would be my choice. 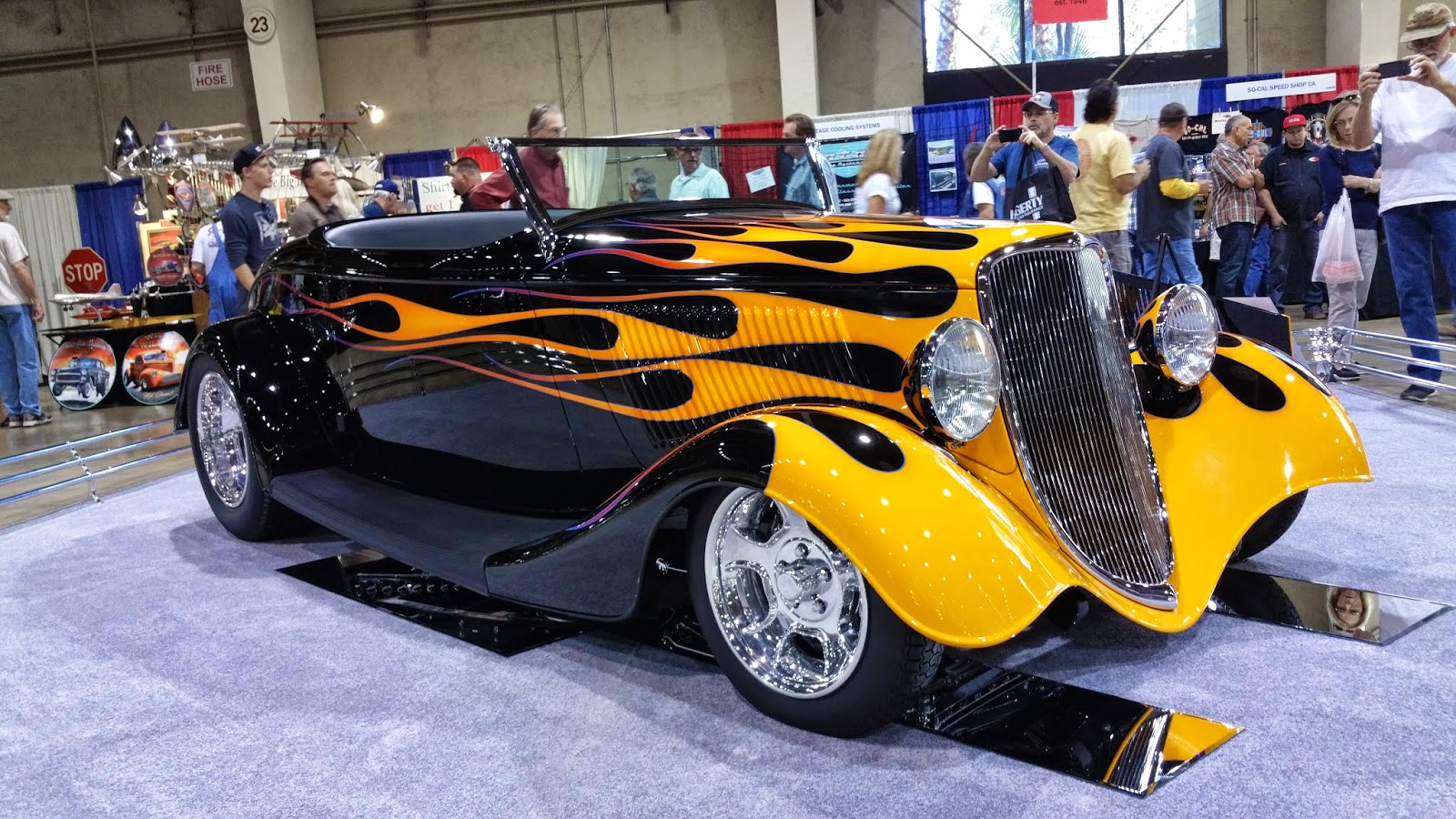 As we toured all the exhibit buildings I saw many '33 and '34 Fords, roadsters, 3-window coupes, and Cabriolets.  Mike coached me how to tell the difference between the two similar years.  I loved them all. 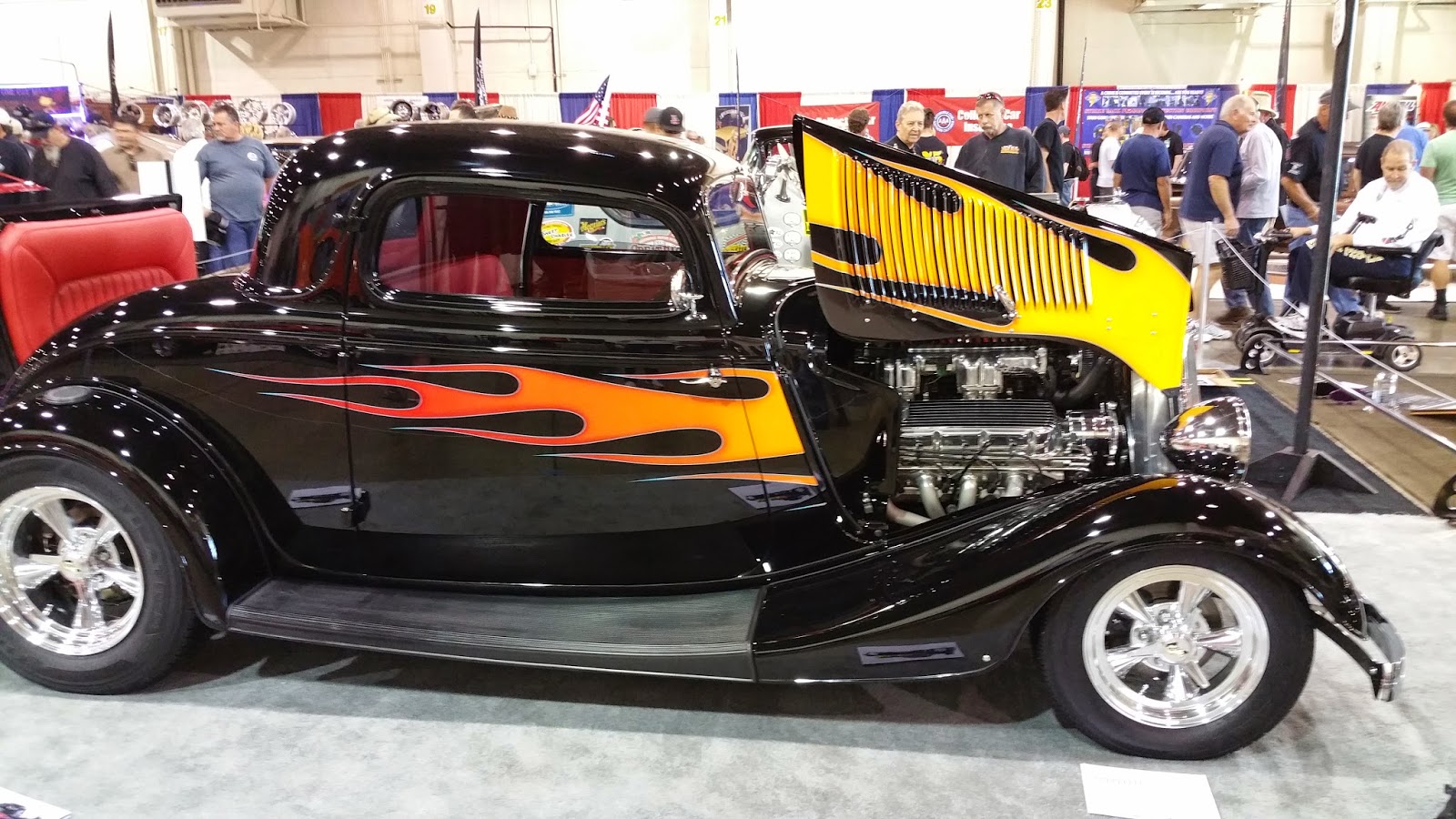 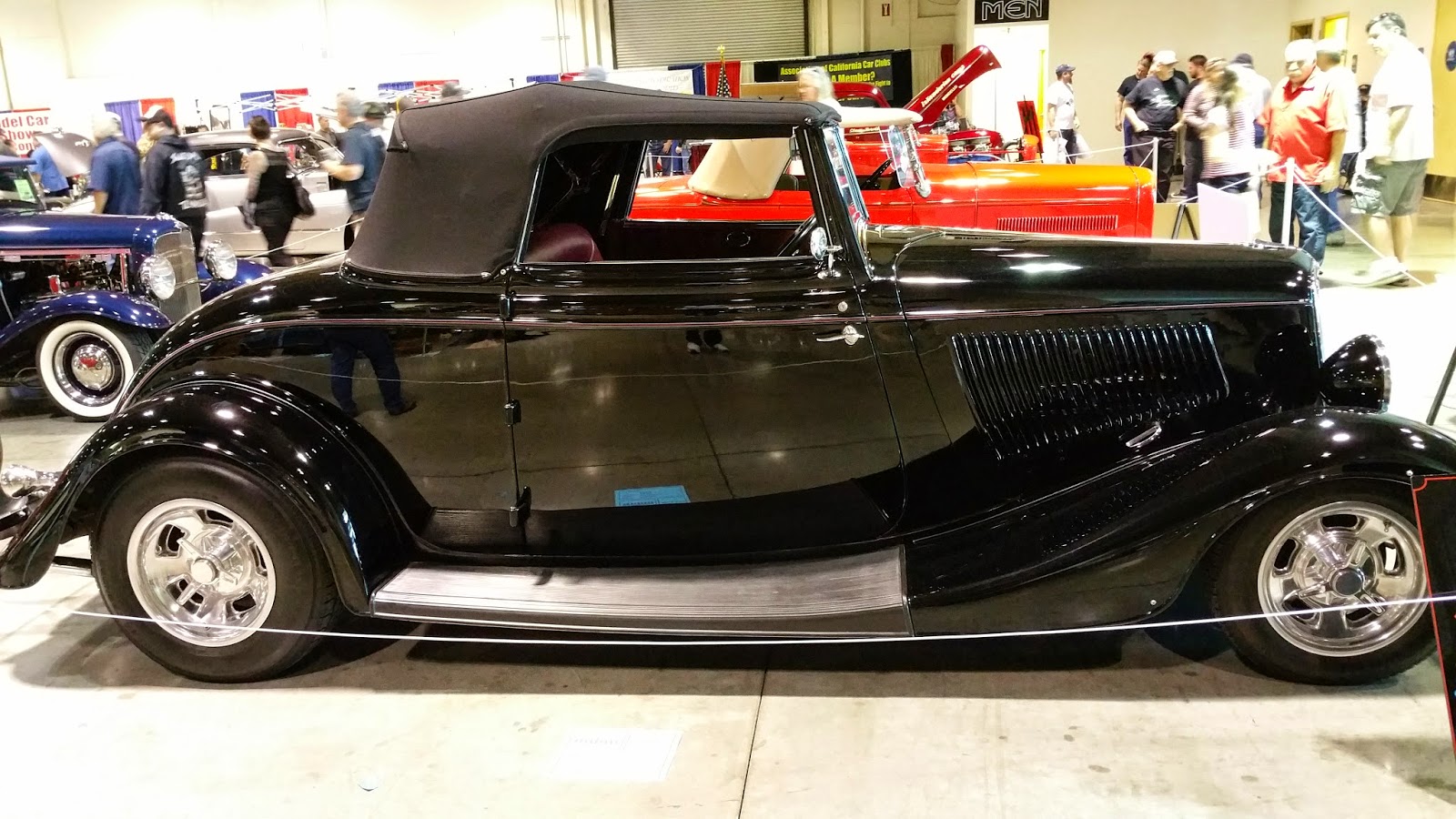 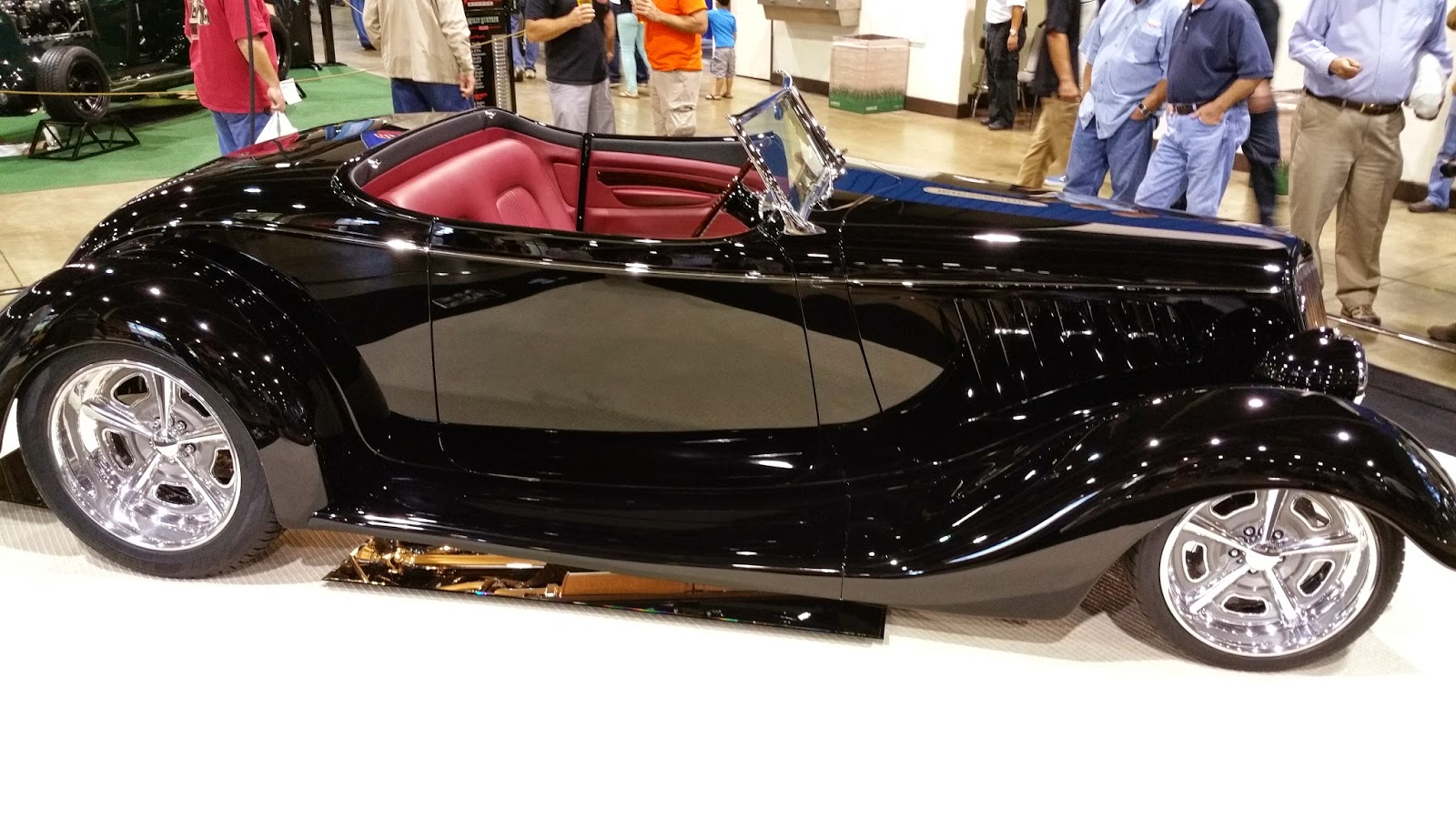 Then we found a company that could sell me a newly-manufactured body so when I retire I can build one of my own!  Herman, are you listening?  We could do this! 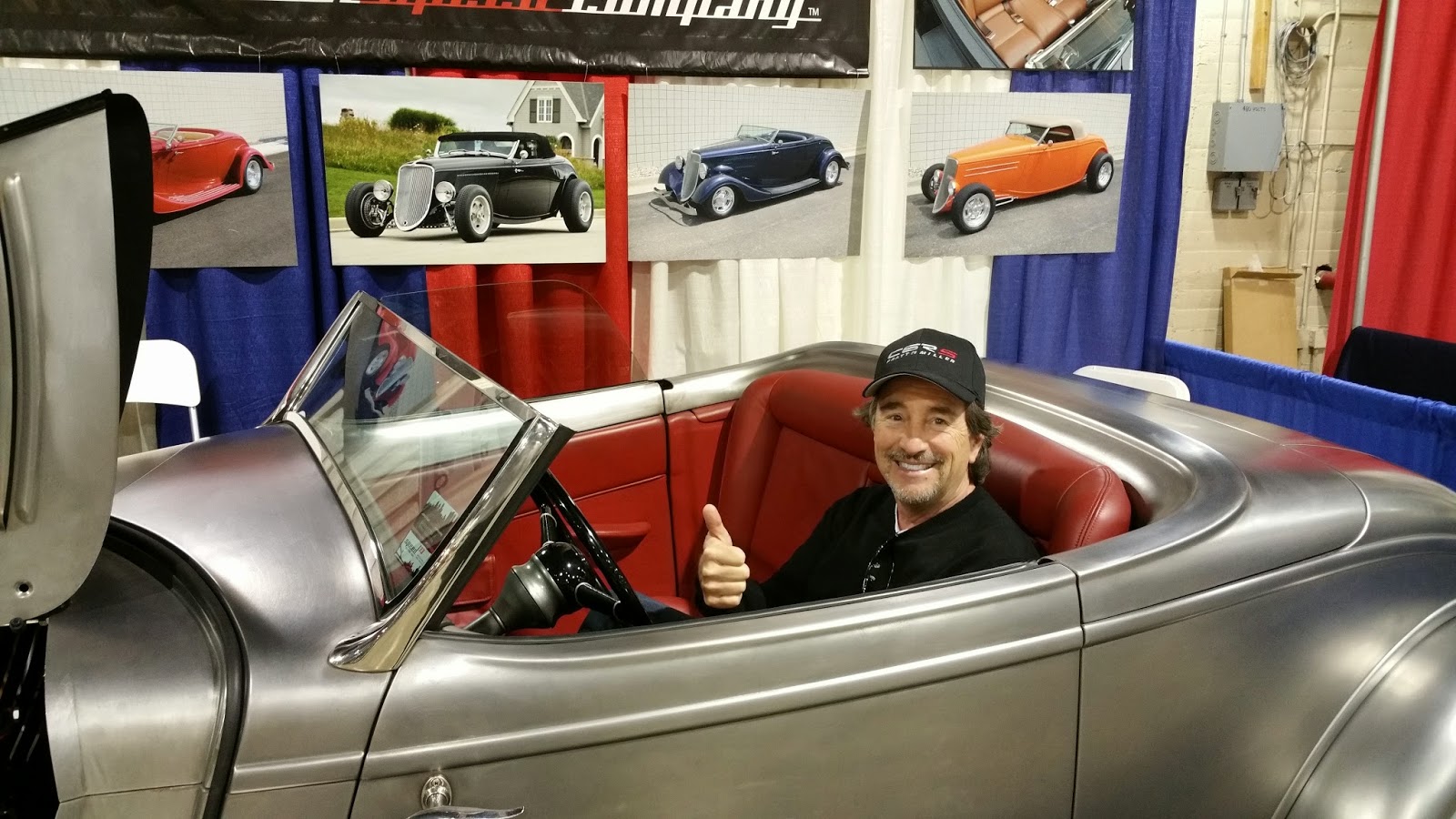 Finally after a long day lusting for a hotrod, Mike drove us back to San Diego.  It was a bright, beautiful day so we stopped to get a photo of the '32 by the Pacific Ocean as the Sun was setting. 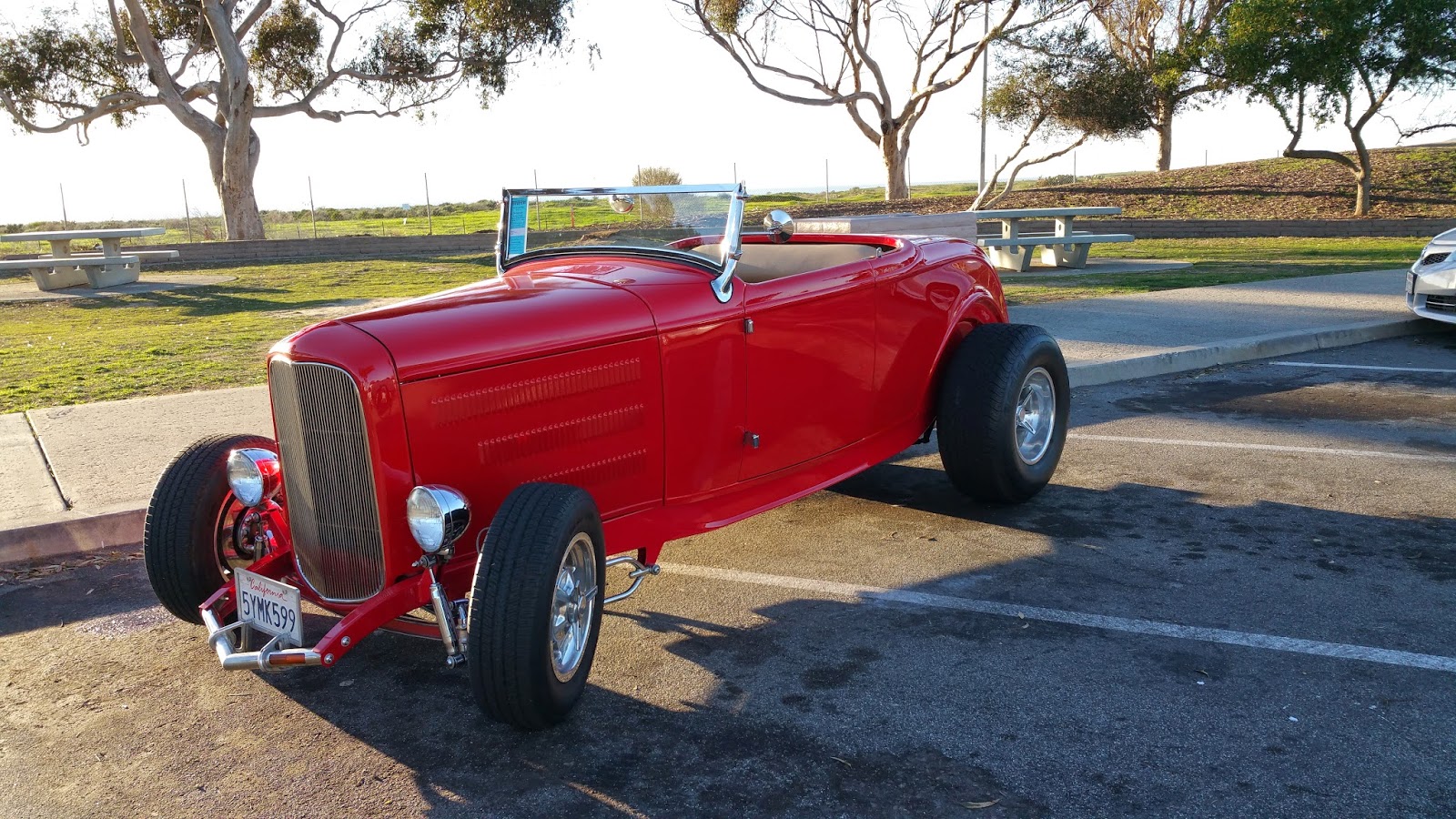 On Monday morning Mike sent me a text letting me know which car won the AMBR prize.  It was "my" Car!  Mike, thanks for an amazing day and experience!