Burger Run #6 took us to the In-N-Out Burger store on Frazee Road in Oceanside on August 20th.

When I scheduled this event I received many messages telling me that people were on vacations or unavailable -- so hopefully in September and the Fall attendance will return to normal.

I had hoped to get a number of 2003 50th Anniversary Corvettes to this event -- since I have quite a few friends with this particular classic.  Bill Brandon and I produced two of them, and we had a good time talking abut our love for this model car!  Maybe we can try the "50th Anniversary" invitation again sometime! 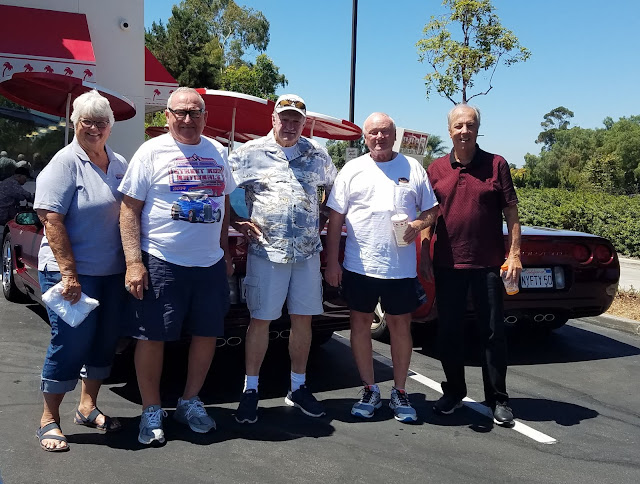 As we were leaving the parking lot, over my shoulder I noticed that there were two palm trees in a "crossed" configuration. 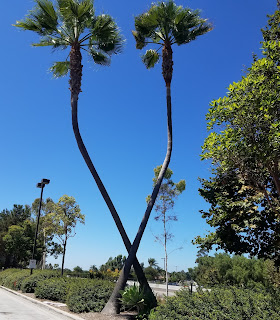 I immediately connected that image with the Classic In-N-Out Bumper Sticker! 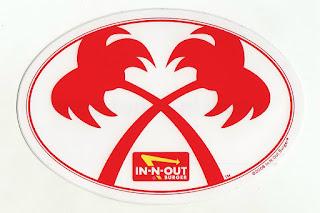 I'm embarrassed to say that I should have been checking each store for this landscape feature!  Did anyone else notice this!?

The next Burger run will be in October -- watch for the "save the Date" announcement!