Corvette Racing Makes it 4 in a Row!

Another great outing for Corvette Racing today.  Antonio Gracia and Jan Magnussen drove a flawless race to finish in 1st place for the fourth time in the last four outings taking the points lead for the IMSA | TUDOR GTLM class.  For the second race in a row Viper finished 2nd and 3rd.  The Porsche and BMW teams, that were leading early in the season are falling behind at the midpoint. 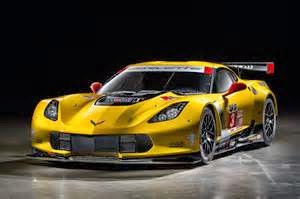 Cary's patented graph tells the story of the season:

Bob’s Breakfast with Harry, Larry, and Cary at Harry’s


“There's something about the outside of a Corvette that's good for the inside of a man.”
Bob Vollmar (based on a saying by Will Rogers)

Harry’s Coffee Shop has been in La Jolla since 1960.  Bob Vollmar has been going there for breakfast since the year he came to live in La Jolla – 1965.  Bob got to know the owner, Harry (of course) and in the early days Harry would have breakfast with Bob from time-to-time.  Then came Harry Jr. and now Harry III is running the joint!

Larry Barnes moved to La Jolla a few months ago, just down the Road from Harry’s Coffee Shop.  So how convenient for me that I can meet Bob and Larry at Harry’s for breakfast – the perfect setting for early morning Cuisine and Corvette Camaraderie!  So that’s what we did on July 3rd.  And, like every morning Harry III was there to greet us.  Larry, Cary, and Harry having breakfast with Bob at Harry’s! 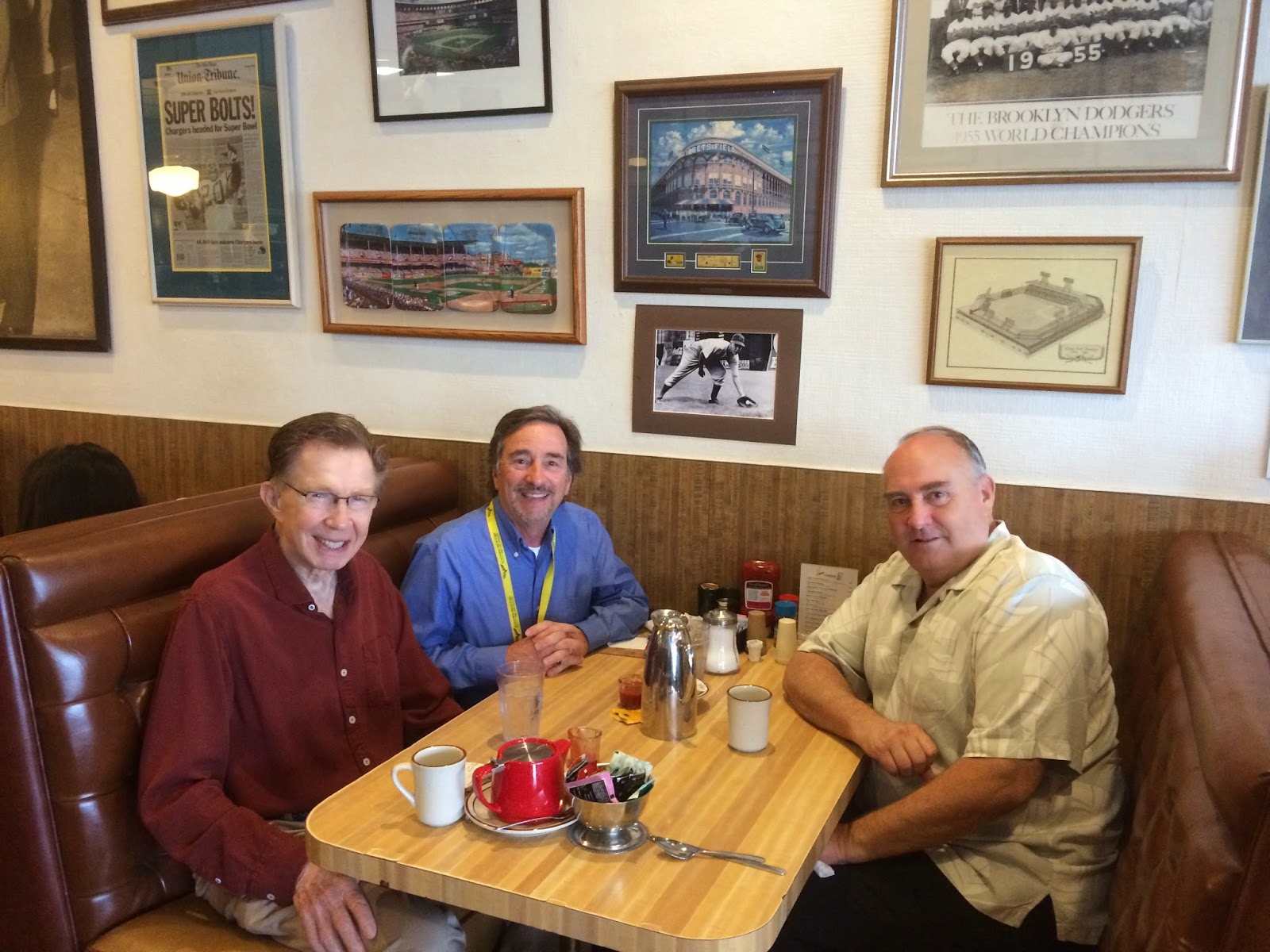 After placing our orders talk turned to Corvettes.  Wouldn’t it be nice to buy the monster 2015 Z06 when it comes out? Isn’t it great how Corvette Racing is kicking butt at the midpoint of the TUDOR Sports Car Racing season.  And so on.  Then Larry and I asked Bob to give us the full story of his legendary Banzai Run on Interstate 8 at 05:30 AM in the early morning hours.

Bob had waited and waited for his family Chevrolet dealership, Vollmar Motors, of Holstein Iowa, to secure an order for a Z06 in 2007.  Since 1963 Bob has owned many Corvettes, but all of them have come from Vollmar Motors.   Holstein, Iowa is farm country, and the local Chevy dealership doesn’t sell many Corvettes, so getting one of the rare ones is dicey.  After a while Bob’s patience wore thin, so he ordered a “regular” 2007 Corvette—a nice car, but no Z06.  When the car arrived Bob took delivery in Holstein, then drove a “circuit of America” in which he visits family and friends in Boston, Florida, and then returns to California.  Nice way to break in a new Corvette.

Not long after Bob got back to California, Bob’s cousin, Randy Vollmar, of Vollmar Motors, called to say that if Bob was still interested they could order a Z06 for him.  Bob jumped at the chance.  He ordered the car in “Velocity Yellow” – a fitting name as we shall see!

Soon Bob is off again to Holstein to pick up the new car.  Then he begins the “second lap of America.”   By the time he gets to Daytona Beach, Florida he has clocked about 3,000 miles on the Z06, so he has a Chevy dealer change out the oil for a fresh supply.  Then he begins the drive west.

By the time Bob gets to Casa Grande, Arizona he is making his final nightly stop before returning to La Jolla.  The next morning Bob gets up at 05:30 AM to find out first-hand how fast a Z06 really is!  Recalling his fighter-pilot days and the wisdom of making “clearing turns”, Bob left everything is his motel room and drove west on I-8 30 miles to Vekol Valley Rd and then 4 more miles to Freeman Rd., checking the surface very carefully.  Then he drove back to Vekol and waited in the westbound on-ramp for a minute or so, to make sure there would be no traffic in front of him.

A few months later we had a Corvette event at Cary’s Garage and Bob brought the Z06 and the GPS to the house.  The GPS stores the “maximum speed” in its memory, so all of us could be witness to Bob’s Banzai Run.  Sure enough – 185 MPH!

Larry and I loved reliving the Banzai adventure with Bob at Harry’s.  If we had tried it I’m sure the Cops would have seen us, cuffed and booked us, and we’d be rotting in some jail in Arizona!  Only Bob Vollmar could have pulled this off!


There was one "missing" plaque that Larry Barnes and I failed to see on that day.  Lindbergh mythology states that there is a plaque on a building on the site of the Ryan Aircraft Factory, property that is owned and used today by Solar Turbines just across the street from the departure end of the runway at Lindbergh Field.  But internet searches don't seem to ever reveal the plaque.  Here is a photograph taken in 1946 of the location of the old Ryan Plant.  The letter "A" marks the spot of the Ryan hangar. 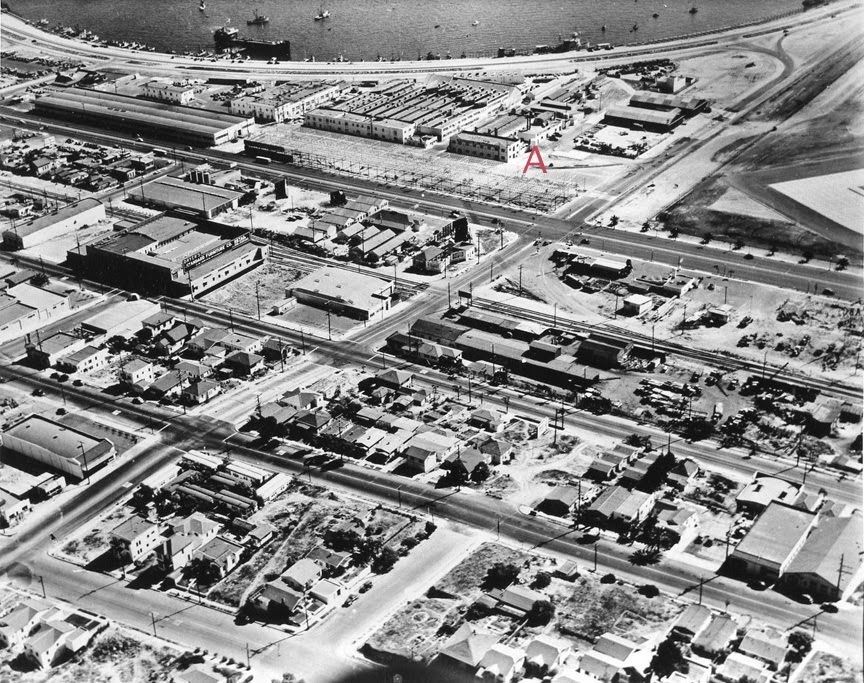 
Larry did his usual excellent job of historical fact-finding and found a person in the public relations department for Solar Turbines who volunteered to help us.  Lisa Wuller located the plaque and agreed to be our hostess for its viewing.  On July 3rd we met Lisa at the main entrance to the complex of buildings for our tour.  She showed us a room dedicated to the history of Ryan Aircraft and Solar Turbines with displays their many products dating from milk cans, to early aviation, through World War II and to the jet age.  Impressive stuff.


Next, Lisa led us down a long row of buildings of the manufacturing complex with employees and electric carts zooming back and forth busy with the commerce of the company.  We went past a courtyard that was dedicated to a female employee who has worked at the company for more than 50 years -- and who is still working on the shop floor today!


Then, standing at the entrance to an inconspicuous plant building, Lisa pointed above the door, and there it was -- the "final" plaque!

Cool!  We asked Lisa to take our picture to prove we were there! 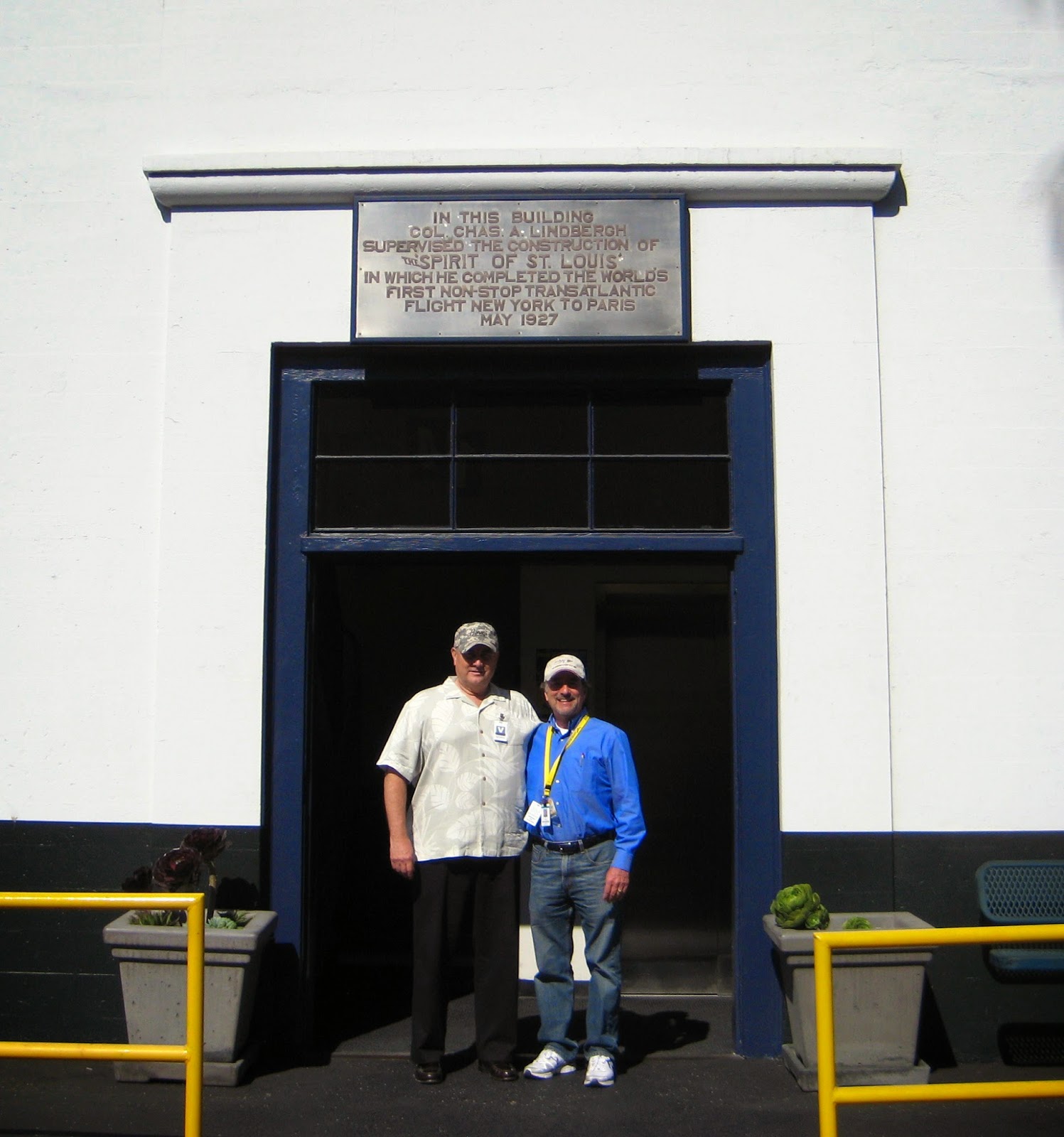 Here is an article from the Los Angels Times from May 7, 1997 describing the site we visited as "holy ground!"

"It is probably true that the first and only city that people associate with Lindbergh is St. Louis because of the plane's name," said Gene Bratsch, executive director of the Minneapolis-based Lindbergh Foundation. "But people who know aviation are well aware of San Diego and Ryan."

Wernher von Braun, the German rocket scientist who immigrated to the United States after World War II and became a leader in the U.S. space program, came to San Diego in the late 1940s and visited the converted cannery that had been the Ryan factory.

By then, the building was owned by Solar Aircraft Co., now Solar-Turbines Inc. Solar engineer Robert Magness was with von Braun as he spotted a plaque identifying the building as the site where the Spirit of St. Louis was built.