A few updates on the status of the Z06 Corvette. 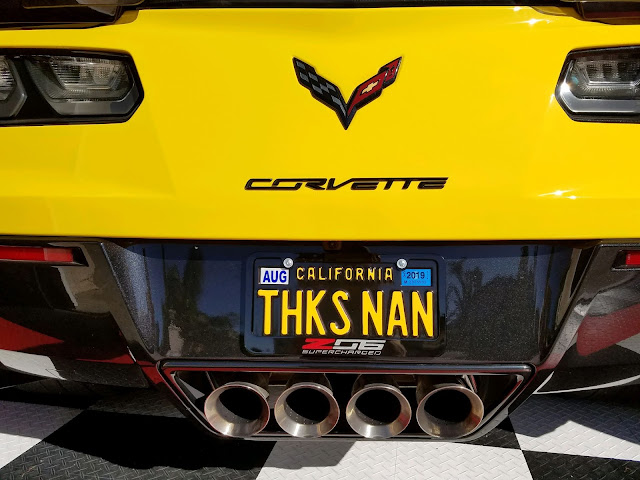 By early September we had driven the car almost 500 miles and it was time to take the car to the Chevy dealer to have the break-in oil in the dry-sump system changed for 10 quarts of Mobil ESP Formula 0W-40 synthetic oil.  Don Kingery had alerted me to a "secret":  during the first 500 miles the computer "governs" the engine so that you can't drive it too aggressively and the red-line on the tach is kept back at 3,500 RPM.  He told me to watch the instrument panel carefully as the car clicked over from 499 miles to 500.  I decided to capture this event on a video!  Look closely at the odometer (lower left) and the red-line to see the "limiter coming off!"

As soon as the oil was changed we headed for Monterrey, California to watch the Corvettes race at Laguna Seca (stay tuned for the next blog post), putting 800 miles on the car in four days.  It ran perfectly.  While there we saw this cool poster hanging in the Corvette Corral --I wish I could find one of these for my garage.  I love the imagery of the Z06 for the street contrasted to the C7R Racecars! 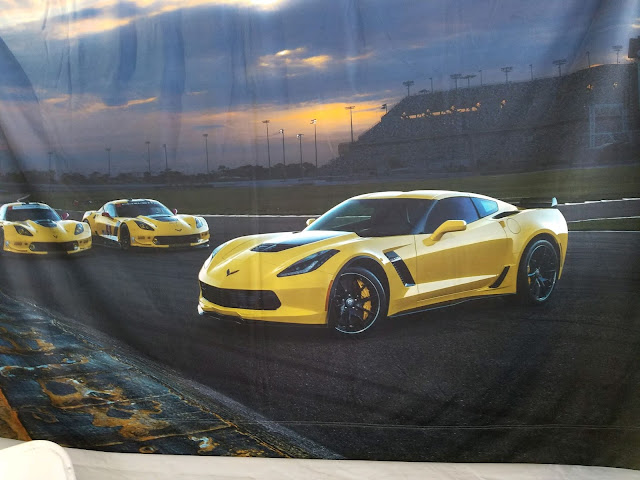 While there, Nan bought me the model C7R Corvette, #3 (the car that eventually won the IMSA GTLM Championship in 2018 -- more on that in a future blog post, too!) and had it autographed by Doug Fehan, Corvette Racing Program Director, and the drivers, Jan Magnussen and Antonio Garcia. 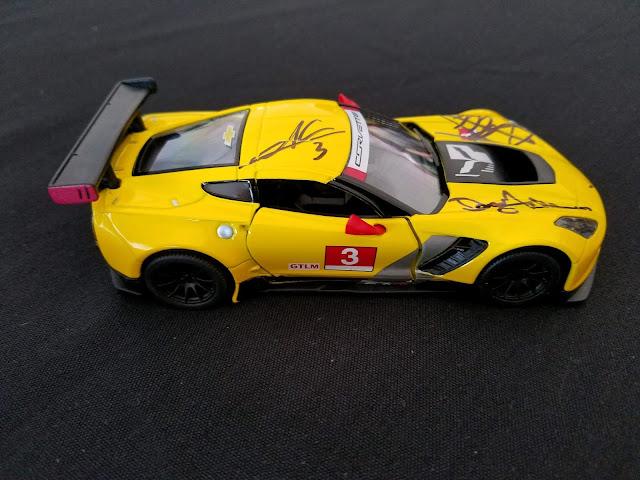 In October we took a trip to the Society of Research Administrators conference in Orlando.  While there we took an afternoon trip to Epcot and visited the Chevrolet Test Track ride, a roller coaster that simulates a race track experience. 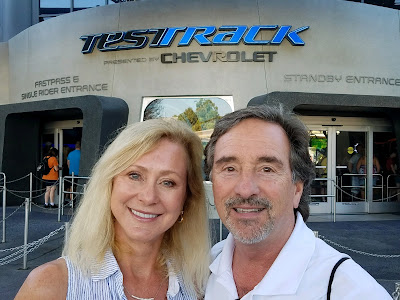 As we exited the ride, what do you suppose was on display as the "Ultimate Chevrolet"? 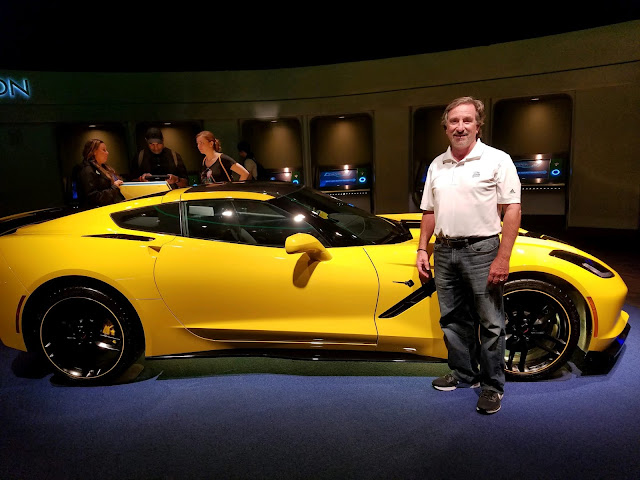 I was inspired to visit the gift shop where I found the perfect T-shirt! 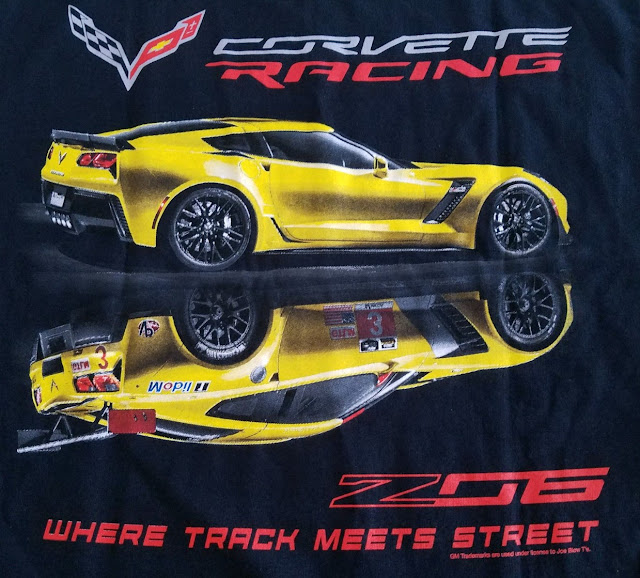 Later that month I celebrated Bob Vollmar's Birthday with a trip to Harry's Diner in La Jolla.  Bob drove his 2007 Z06 and we got a nice shot of the cars together.  Remember, it's partly Bob's "fault" that I bought a Z06! 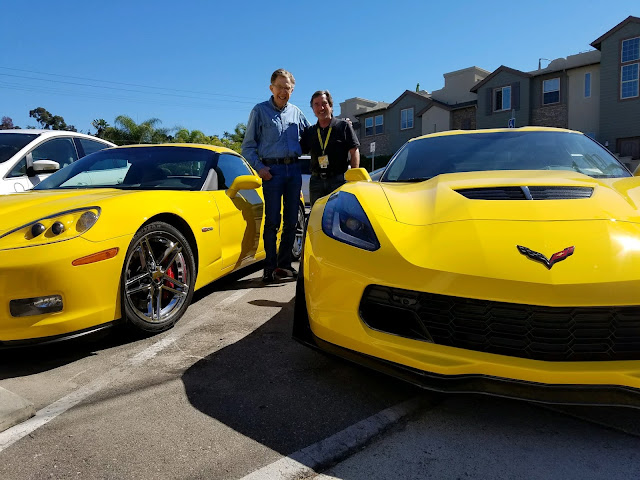 Happy Holidays to everyone.  Looking forward to more adventures in the Z06 in 2019!