Herman, Clairvoyance and the Plasma Cutter


Herman Knauer and his family have a long history in Beltsville.  He was a great friend to me at High Point High School and still is 50 years later.  He is a master craftsman at anything he builds.  In retirement Herman decided to build his own monster garage and to fill it with cars and tools.  During the quiet Beltsville winters Herman constructed his own plasma cutter and has been making parts for a hand-made truck -- frame and body!

Besides all of Herman’s many skills I did not realize that Clairvoyance was one of them!  On my last visit to Herman’s garage he gave me an amazing present.  Using his plasma cutter he crafted a sign for my garage out of a big steel plate.  The sign says “Cary’s Corvettes” and there is a replica of a Stingray in the center.  There are two amazing things about the sign:  (1) He chose the name before he knew that I had used “Carys Corvettes” for my Blog; and (2) He used the image of a Stingray before he knew I had just received a Corvette Stingray for Father’s day! 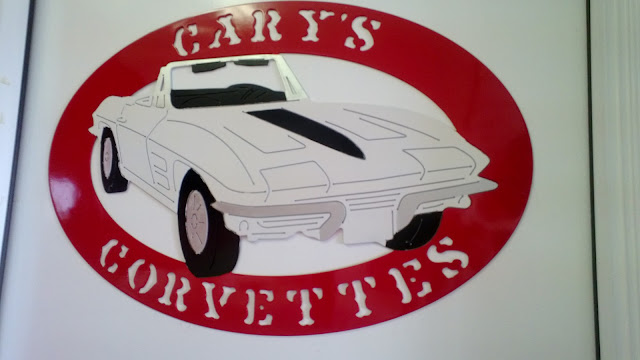 I painted the sign to match the colors of my 1967 Stingray Coupe and have hung it in the garage next to the car is symbolizes! 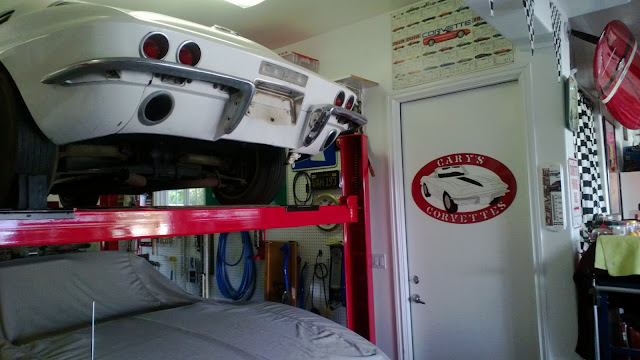 Thanks, Herman!  This is the coolest sign in my garage!  I can't wait to see the progress on the truck!  When you are done I want to talk to you about my life-long dream of owning a 34 Ford!
Posted by Cary at 9:14 AM No comments:

Corvette Paces the INDY 500 for the 12th time, more than any other automobile

The new 7th Generation Corvette will pace the Indy 500 tomorrow.  It will be the 12th appearance of Corvette to pace the race since the first Corvette appearance in 1978.  No car has paced the Indy 500 more than Corvette.  Second place is Camaro (7) followed by a four-way tie for third place with 3 appearances each (Stoddard-Dayton, Packard, Lasalle, and Ford Mustang). 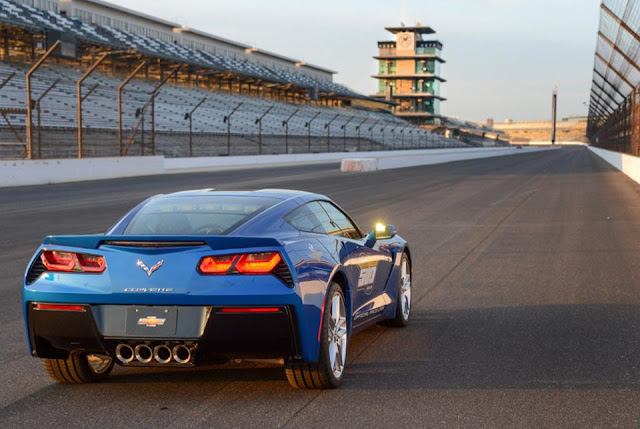 A Sad Day: The Passing of Ron Leahey Pierce

I learned from my neighbor and good friend Bill Pierce today that his son, Ron died of a pulmonary embolism on May 9th in Arizona.

Ron was an avid Corvette fan and racer.  He purchased a new 1967 Corvette Stingray Coupe from a dealer in the Los Angeles area.  Ron's Stingray was manufactured on May 12, 1967 and came equipped with the L71 Special High Performance 427 cu in engine putting out 435 horsepower.  The car was for serious racing as it was also equipped with the M21 Heavy Duty Transmission, F41 Special Performance front and rear suspension, G81 Posi-traction rear end, and J56 Heavy Duty Brakes.  He enjoyed racing the car both at drag racing and in SCCA race events.

The photos below show Ron with his son on Father's Day, 1978 out for a drive in the Stingray Coupe. 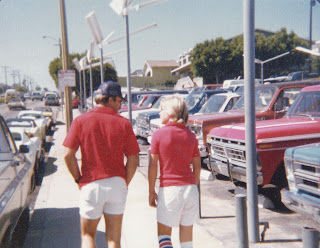 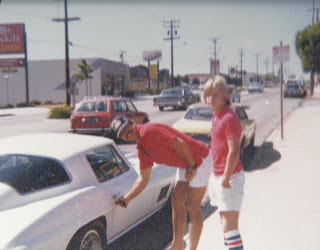 Ron's cars will continue to serve as a testimonial to his love of Corvettes.  The 1965 Roadster is being restored by Joe Hoffman of San Diego while the 1967 Coupe is patiently waiting in my garage for me to bring it back to the streets of Southern California.

A memorial service will be held in Ron's memory at the Carlsbad Community Church in Carlsbad, California at noon on May 30th.
Posted by Cary at 8:08 PM No comments: