The 2014 racing season has proven to be a challenge for Corvette Racing.  With a new racing program/classes/rules (the IMSA | TUDOR United Sports Car Championship), a new racing platform (the 7th generation Corvette), and a serious effort by Porsche North America (you will recall the prediction by Yours Truly back in January!) http://carys-corvettes.blogspot.com/2014/01/final-thoughts-on-corvette-history-in.html the season started badly for the Corvettes.  Mechanical problems, and adjusting to the new frame and power plant resulted in disappointing finishes in the first two races of the season at Daytona and Sebring.

Fortunes reversed in races three and four as Corvette swept the California races in Long Beach a few weeks ago and at Laguna Seca yesterday.  In Long Beach the Corvettes had dual podium appearances finishing P1 and P3.  Yesterday the Corvettes finished P1 and P5. 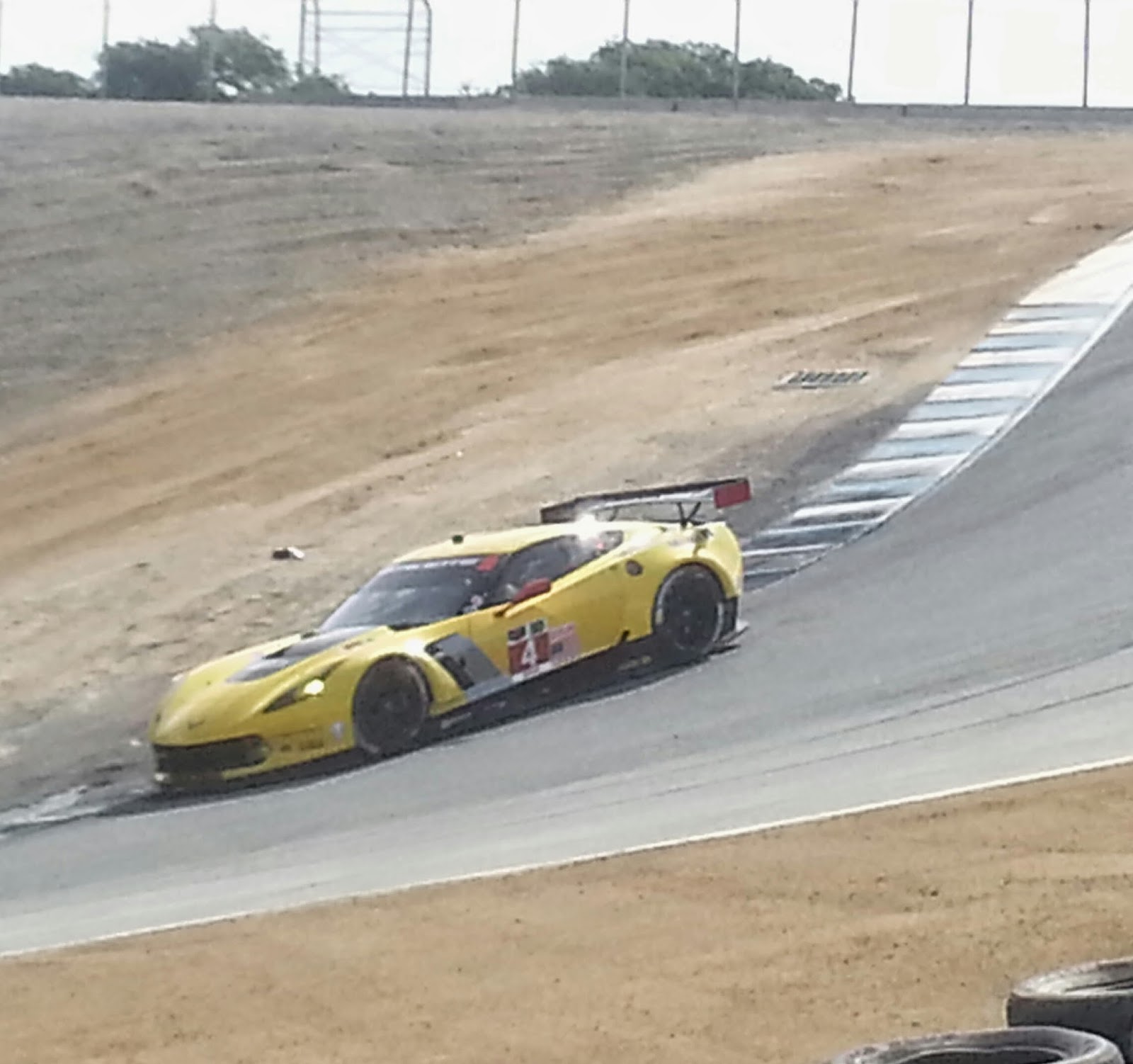 After the first two races Porsche was in first place followed by BMW and Corvette was tied with Ferrari for last place.  With these two recent victories Corvette is now in second place with Porsche dropping to third.  Ferrari started poorly as well, but ran strong yesterday finishing 2nd.  The Vipers started the  season strongly but have faded in the last two races.

Corvette enthusiasts were out in force.  On the parade lap there were about 250 Corvettes on the track -- so many that they came within 300 yards of encircling the entire race course! 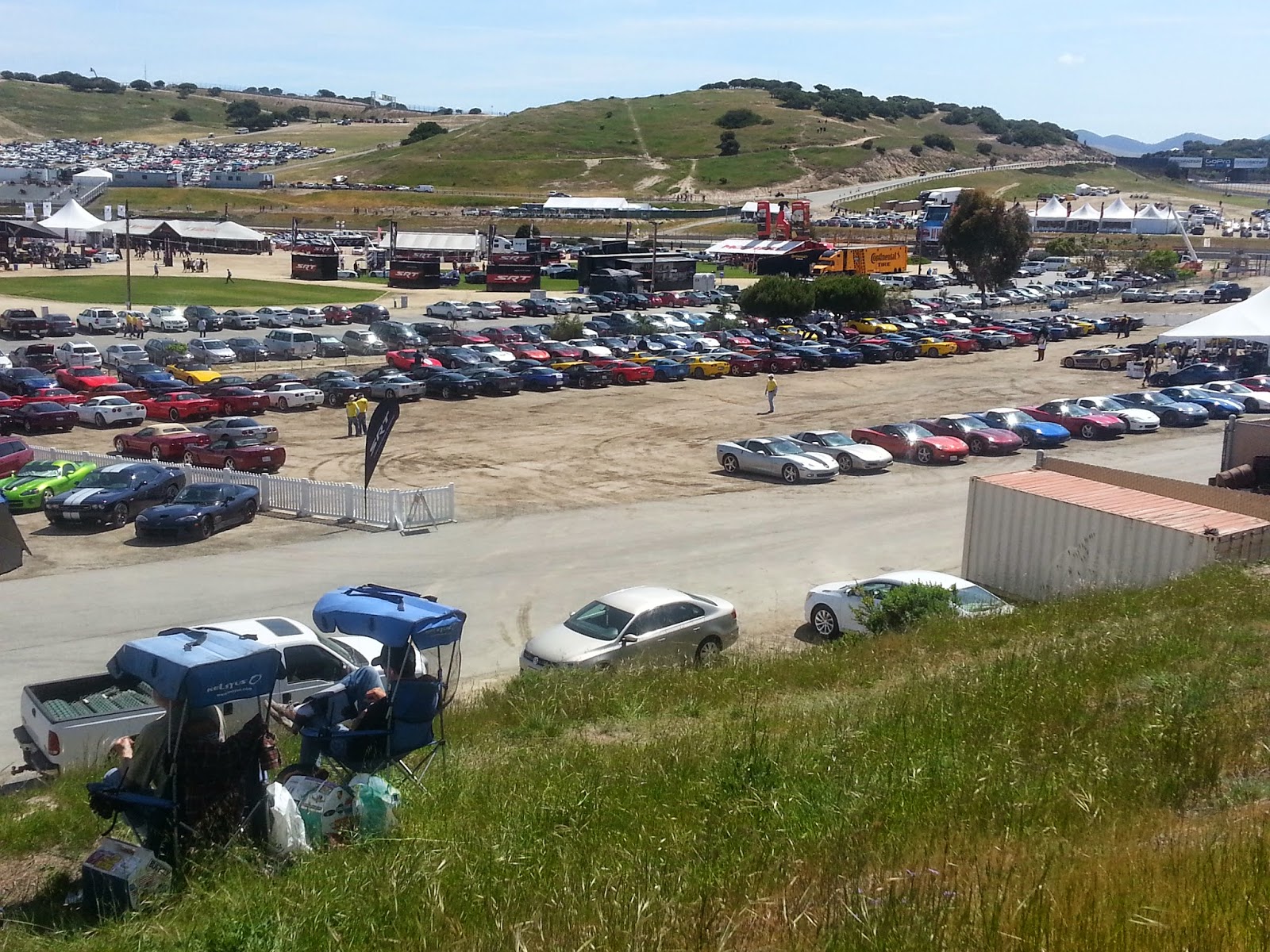 Special thanks to Don Kingery for the on-site commentary and the great photos!