I’m putting a challenge out to everyone in Corvette-Land!

I assert that my good friend and neighbor, Bill Hatch, holds the record for the longest continuous ownership of a single Corvette. 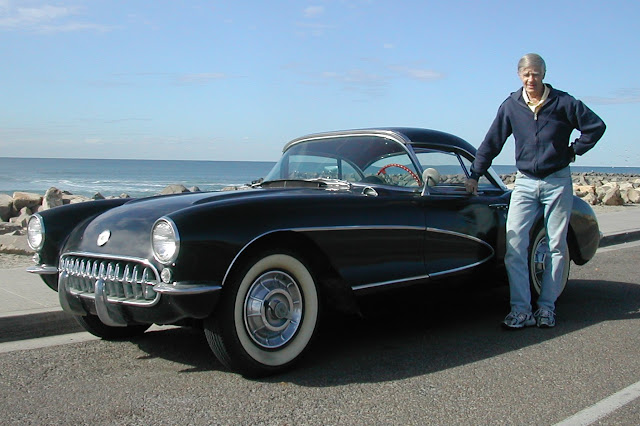 The Challenge:  If anyone can identify someone who is a longer continuous owner of a specific Corvette, let’s hear it!  If Bill doesn’t hold the record, then we need to celebrate whoever does!

I have written about Bill in this blog as well as a story that appeared in The National Corvette Museum's "America's Sports Car".  Here are a few of my previous blog posts about Bill:

Bill's car is no trailer queen -- he DRIVES it!  His favorite place to drive was to the beach for playing volleyball with his buddies.  Here is a shot of me and Bill at Moonlight Beach in San Diego! 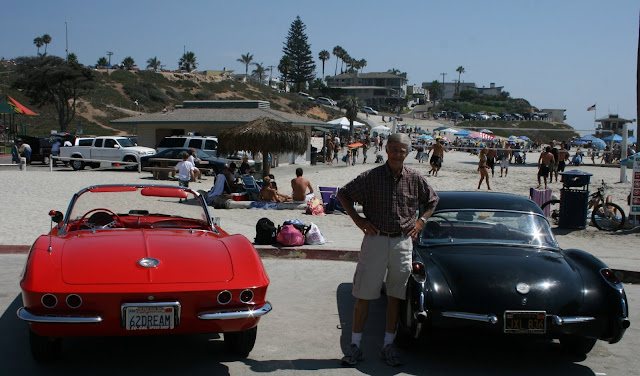 Once we had a 50th Birthday Party, not for Bill, but for the car! OK, Corvette (and other) friends -- spread the word.  Let's find out who is the person who has owned a Corvette longer than anyone else?

You can email me at:  cary62vette@gmail.com