Our Burger Run for February 2020 included a surprise Birthday Party for two Corvette friends -- Dick Reylek (on the left) and Bill Hatch. 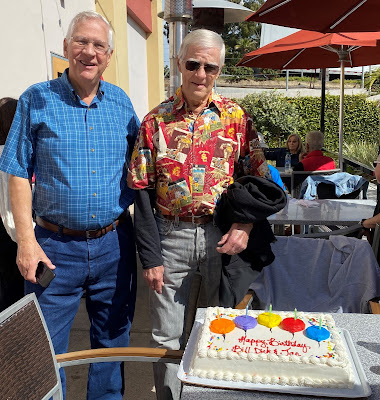 This event was  our first visit to the The Habit Burger Grill, rather than our usual stop at In-N-Out.  Their menu has more options (than just beef), the parking lot was spacious, and and they accommodated us on their outside patio area! 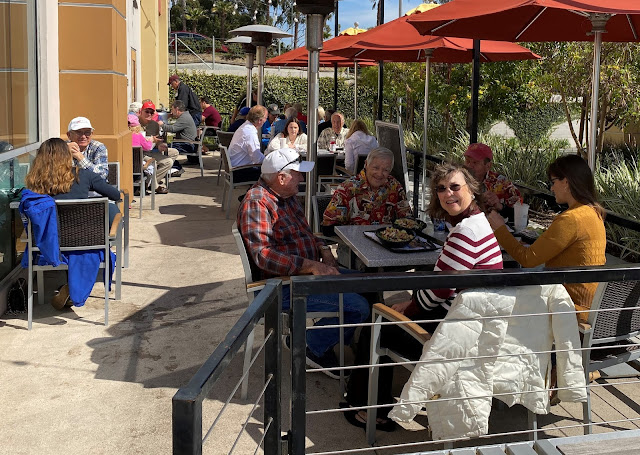 We had great weather for February. 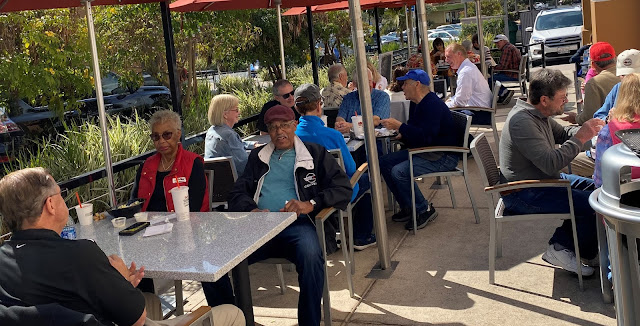 We weren't able to get all the Corvettes together, but most of them found parking in "our" spaces!

This was the largest turnout of cars and people for a Burger Run! 26 people and 13 Corvettes.

For this event the attendees were (in chronological order -- the cars not the people):

Special note:  We had two black 1957 Corvettes, each owned by a guy named Bill!

Thanks to everyone who came out to make this our biggest and best (to date) event!