In business everyone talks about “taking it to the next level.” I’m not sure I completely know what that means.

However, my computer-chip-genius buddy, Bill, and I found out about the Next Level at the Ron Fellows Driving School at Spring Mountain, Nevada in February 2017.

Bill and I had joined Don Kingery in Spring Mountain in April, 2016 for the “Level 1” driving experience. Don had purchased a new Corvette Stingray and received the General Motors promotion designed to help buyers master the massive performance of their new cars. GM has contracted with the Ron Fellows Performance Driving School to provide a complete course in Corvette performance using new Corvettes and highly trained instructors in a safe, race track, setting. Don, who is also a career fighter-pilot, and thus knows a little bit about going really fast, had already been to the Ron Fellows School twice before, had negotiated his way into the “Level 2” course. He invited me and Bill to join him. Because we were novices, Bill and I were assigned to Corvette-Racing 101 – the beginner’s course. Here is the story of the 2016 trip:


Bill has extensive experience with high-performance, exotic, sports cars so he mastered the introductory course. We had so much fun that we decided to go back to Spring Mountain as soon as we could. The problem is that these courses have become so popular that the waiting list is longer than the list of suckers who think they are waiting to buy a Fraud GT. The best advice we were given was to constantly check the Ron Fellows web site for newly-opened classes. Here is the site for your convenience:


Being relentless, and with Nancy’s help, we were constantly checking for new classes. Finally, on January 11th a new L2 class popped up and Bill and I grabbed two slots.

In February we arrived in Pahrump to find a L2 class of 16 people – it had quickly filled. Everyone was experienced, as is a prerequisite. One woman is a Miata race car driver, and a fellow from Wisconsin is a racing instructor at Road America. Almost everyone wore professional driving shoes and many students brought their own helmets. This was not a group of rookies. Everyone was ready for two full days of all-out driving.

Rick Malone serves both as the Chief Driving Instructor and the Driving School Director. He runs a first-class operation, focused completely on the experience of the student. He recruits instructors who have a passion for racing and are experienced in many racing formats, but are also Corvette experts.

All the students were assigned to either the (standard) Stingray or to the Z06. All the L2 cars were stick shift. Other than heavy-duty brake pads, the cars are completely factory-stock. Each car is equipped with a two-way radio wired into the sound system for instruction and coaching from the instructors while you are driving the course.

We were divided into two groups of eight drivers with plenty of instructors to go around.

The L2 course drums into your head the three things that you must master to be a great race car driver:


In a real racing environment every driver needs to figure out the Line on their own. By walking the track, and practicing, they eventually figure it out.

Lucky for us, we didn’t have to waste any time “finding the Line.” There was a big diagram on the wall of the briefing room that depicted the course, and the line, and even the areas of the track when you should be accelerating, braking, or “balancing”. We all stared at the diagram, and watched intently as the instructors talked about each turn and the nuances of the Line. 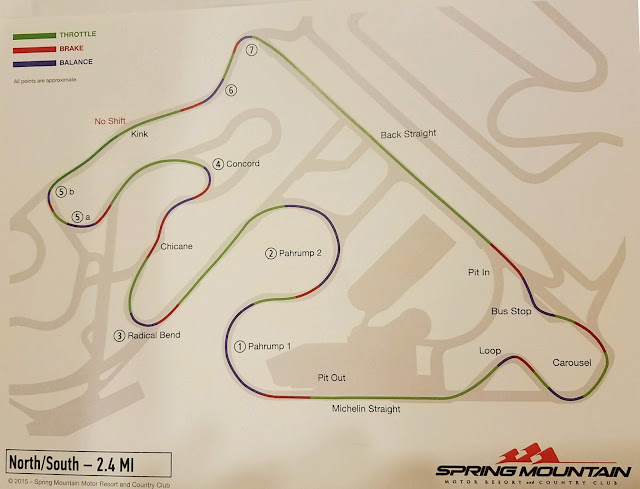 
Out on the track, the Line was marked for us with special colored cones to show the apex of each turn, the braking zones, and even cones showing areas for mid-track spacing. By driving the course slowly at first, following a lead instructor, each of us was able to begin to identify and memorize the Line. Then each student took turns leading their group around the track, doing their best to drive the Line at faster and faster speeds. The instructors follow behind the lead-student offering advice and suggestions.

The C7 Corvettes are “race course ready”. There are driving modes for so many options, I can’t remember them all. Our class was using “Track 2”. With the active handling, enormous power, sledge-hammer braking, and a seat that grips your butt, almost anyone can do well around a race course in a new Corvette.

By the end of Day 1, everyone had pretty much mastered driving the Line.

Driving the Line at Maximum Speed


The next feat was to go faster and faster with each successive lap and session. The things you mastered at a slower speed – pedal pressures, timing of accelerating, turning, and braking, – are constantly changing as speeds increase. Intensity and fatigue increase with speed too. The instructors watched us carefully and critiqued our technique constantly – they want all of us to be accomplished racers. Someone else was watching too!


The Performance Data Recorder, or PDR, is available on every 2017 Corvette. In Track mode it records your on-track experience, similar to a GoPro, then overlays the video with the maximum level of data including: speed, RPM, throttle and braking forces, G-force, steering angle, gear, location-based track map, lap times and start/finish line. Everything is recorded on a memory card and can later be played back on your laptop so that each driver can evaluate their actual driving performance.


By the time we were half way through L2 some of us were feeling like we were getting pretty good at driving the Line at full speed. Then Rick had the instructors take each student for a ride-along to “show us how it is really done!” Sitting in the passenger seat, and watching a professional drive a new Corvette all-out convinced me that I have a long way to go. By now it was obvious to me that race car driving is worse than golf – you need lots of practice and experience to do it right.

Our Level 2 experience concluded on Day 2 with “open track” sessions – essentially the instructors let the students have the track to themselves, and under carefully regimented conditions passing was allowed.

Finally by the end of Day 2 we received our diplomas and posed for the class graduation photo. 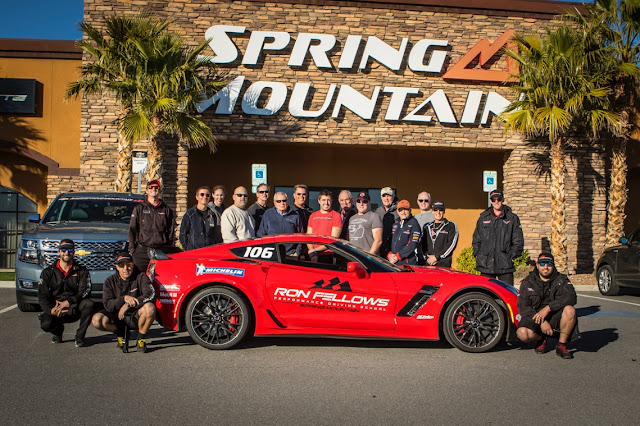 What I learned at the Next Level


Everybody “gets it” that it takes tremendous skill to compete in a racing program like the GTLM series. I was completely spent after 20 minutes in the C7 Corvette, giving me a full appreciation of the drivers who race for hours at Le Mans or Daytona or Sebring, their skill, and their endurance. And I can’t imagine driving the Line with changing weather conditions, tire changes, other cars on the track, or evil people trying to pass you or push you off the track! Next time I go to a Corvette racing event I will be a more knowledgeable and appreciative fan.

I also learned that true friends (and loving spouses) show their affection for you by making sure you take the time to enjoy the adventures of life! Thank you Nancy and Bill! 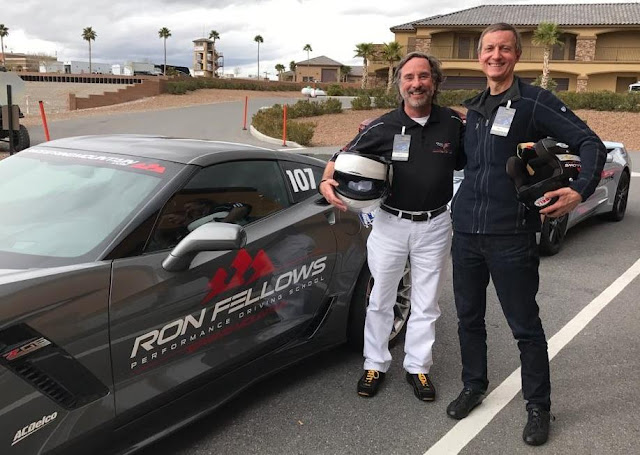